A Mythical Tale in the Peloponnese

Sometimes the requirements of our clients allows us to act out our own dreams, and this has never been truer than when we created a magical, mythical voyage around the Peloponnese for four generations of a very special family.

Having produced and managed the launch party of their new super yacht in Holland, we were subsequently asked by the owner to create the yacht’s maiden voyage for the whole family later that year. The owner was quite specific in his requirements – provide the adults with an incredible holiday, but most importantly, keep the children and grandchildren occupied and entertained!

Working closely with the family, the captain and crew, we set to work creating a magical and immersive adventure that would become legendary within the family in its own right. Our strategy was to create an itinerary which was historically rich, embraced destinations with the scale required to stage dramatic, theatrical and mythical productions, whilst still remaining exclusive and under populated. Many weeks of preparation later, our team set off on an extensive reconnaissance around the entire coast of the Peloponnese utilising motor vessels and helicopters.

We were focused on finding the very best hidden anchorages for the yacht, to ensure privacy and secluded beaches – a challenge in itself to deliver in the middle of August — and provide locations to bring our creative ideas to life. 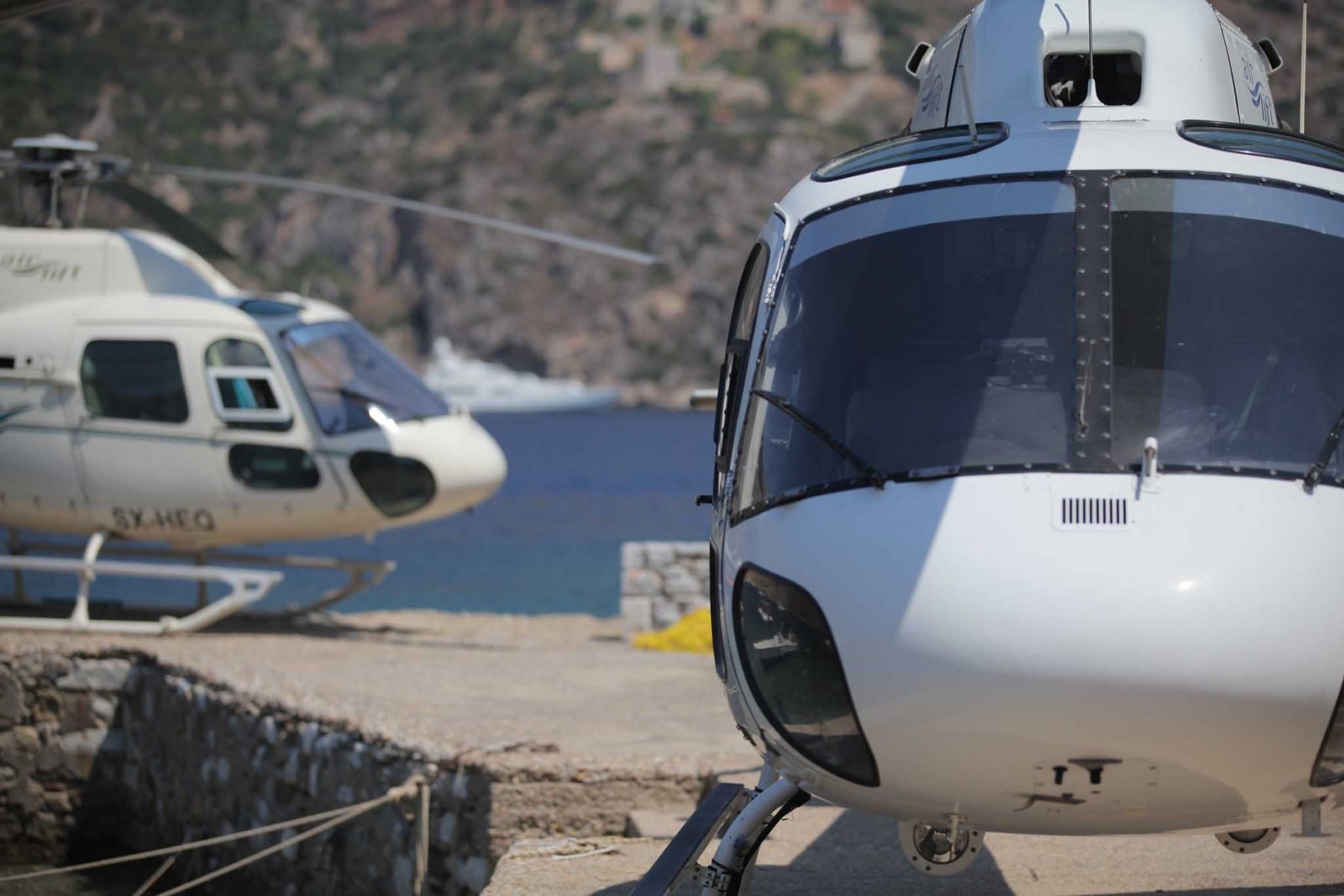 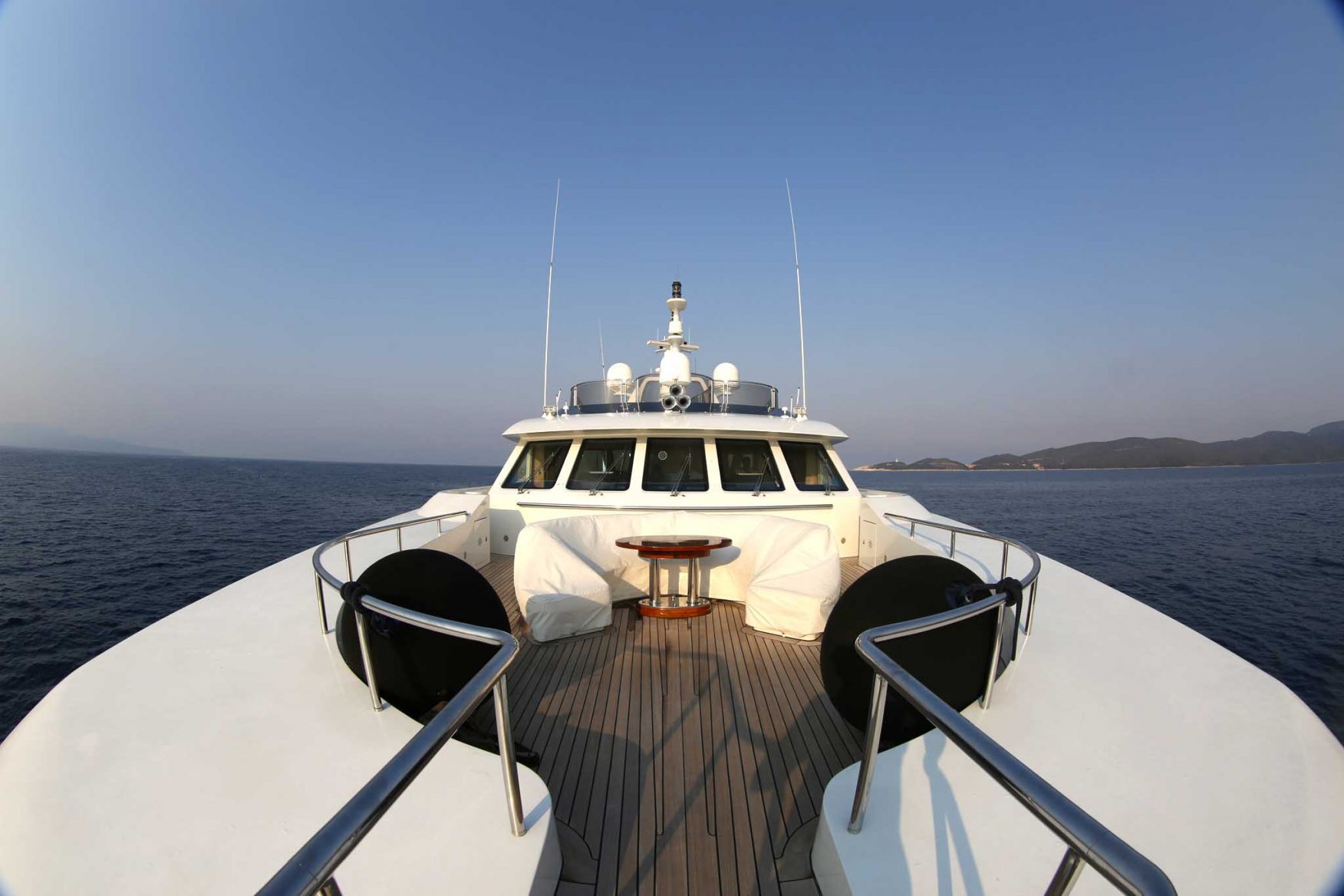 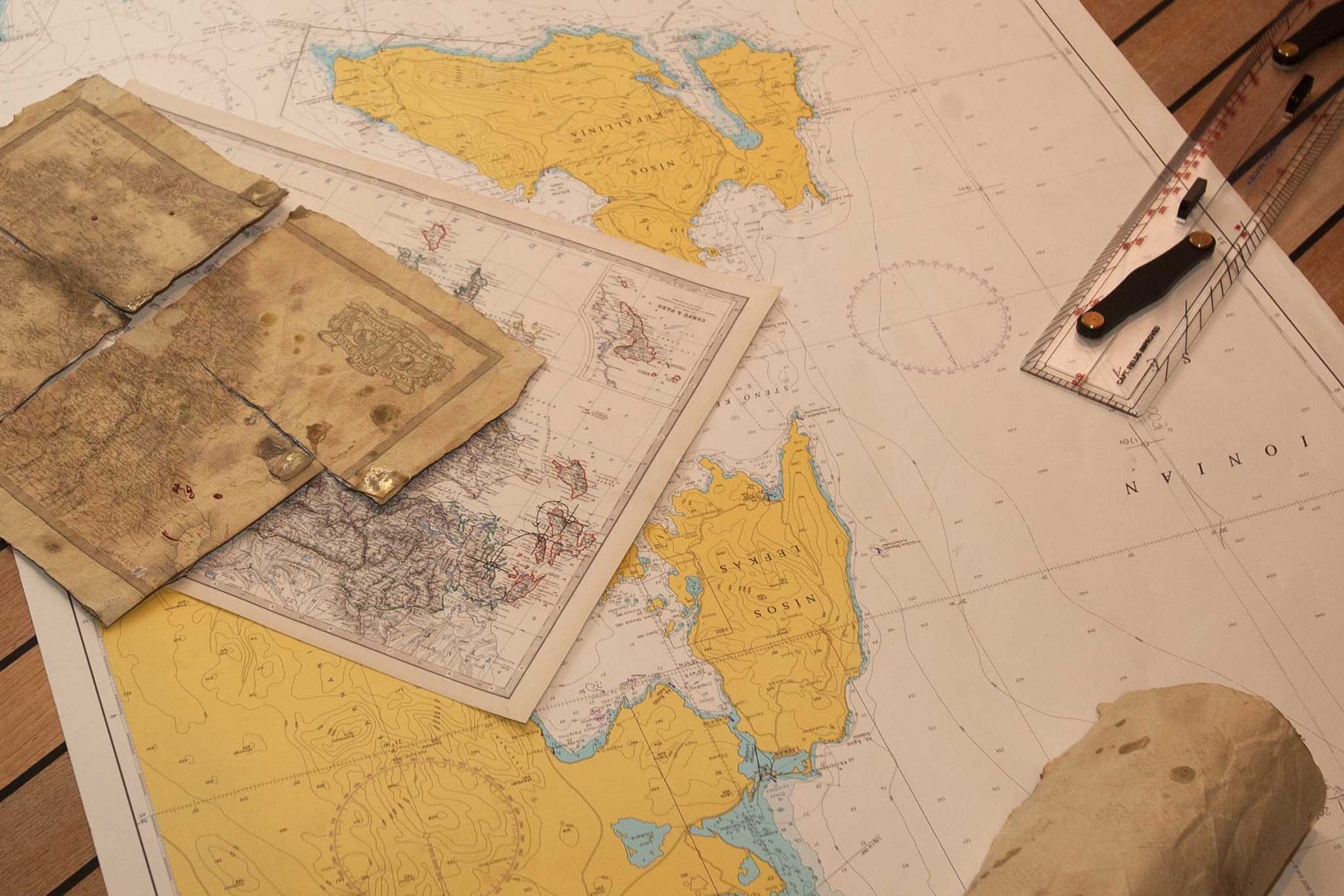 Researching ancient Greek gods, myths and monsters, intertwining Homer and various texts from the tragic Greek playwrights, we created a unique blend of mysterious mythology and allowed our own creativity to infuse the narrative to bring the past to life.

When the time for the cruise drew close, the Greek messenger, Hermes, appeared at the family’s house with a wonderful array of ancient maps and gifts to beckon this very special family — ‘the chosen ones’ — to journey to Greece. Their help was needed urgently! 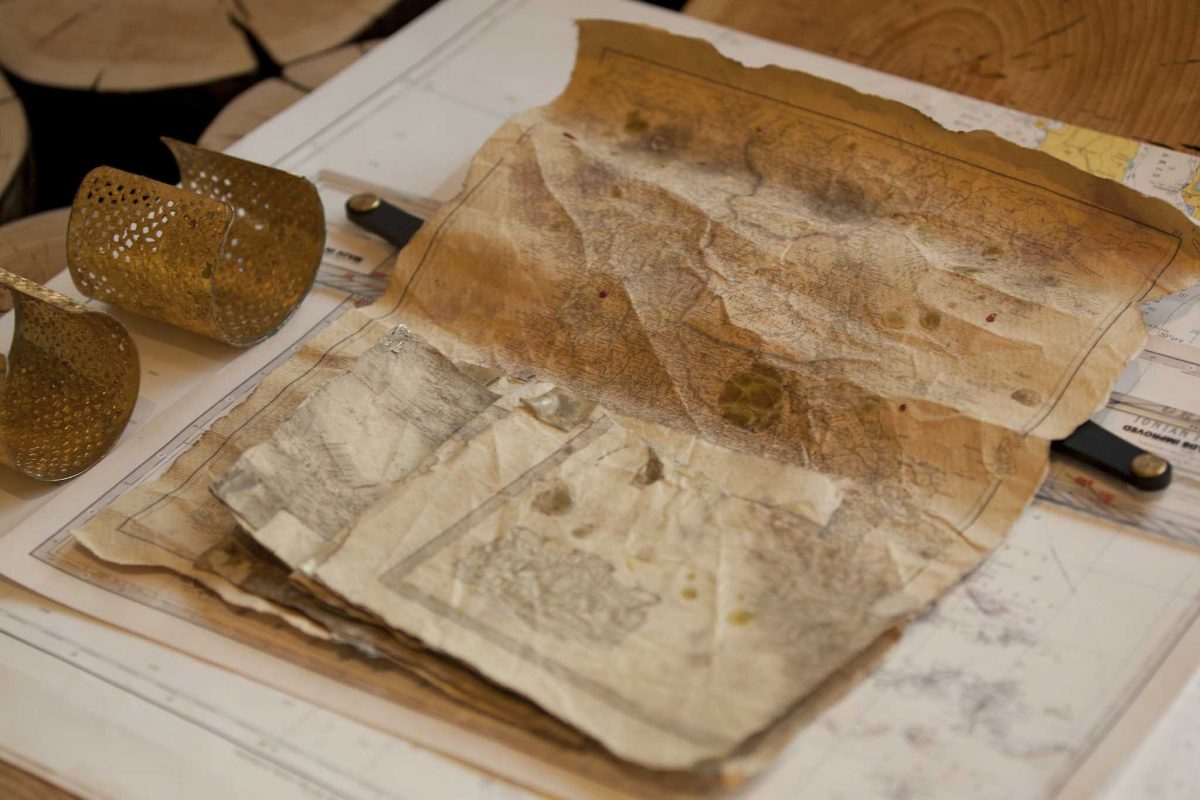 The family travelled to board their super yacht in Kefalonia and the cruise started normally enough, with a few idyllic days unwinding at anchor just off secluded beaches…

But then, on the third evening, Apollo appeared high on the mountain above a secluded bay and fired a lightning bolt in front of the yacht.

The seawater erupted into an aquatic screen, upon which an un-worldly vision from the gods was projected. Apollo’s voice boomed out from above, detailing what the children must do… “First head to the Island of Reeds to find Menelaus and Helen… they will teach you to become Spartans, then all will respect and fear you… 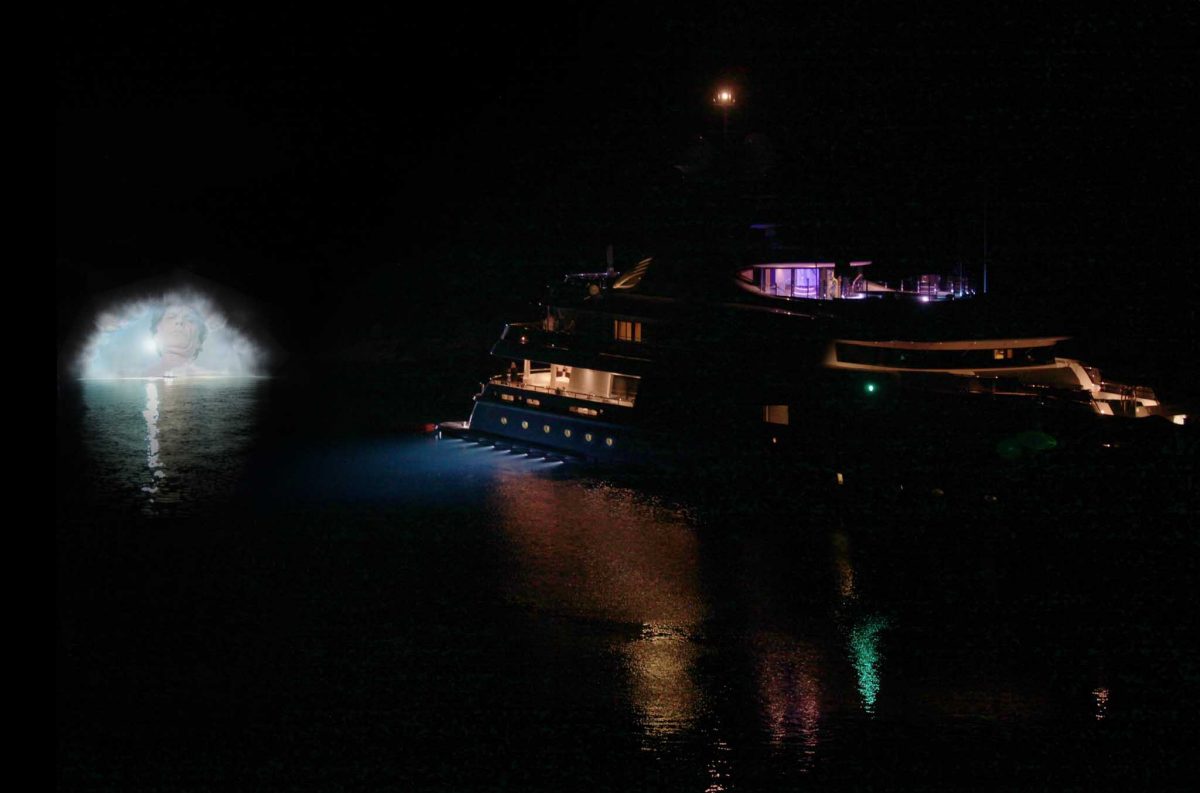 This was a true ‘Herculean’ feat of engineering given the total lack of any infrastructure on the remote island – no electricity, no roads… the only way to access the coast for all the technical requirements was by tender or rowboat! Apollo’s message was clear – at no time had Greece and the Gods been in such a crisis, and the Gods needed to take action to prevent catastrophe… but they couldn’t do it without the children’s’ assistance.

The children were assigned an epic quest involving a series of magical encounters with fearsome monsters and majestic gods and goddesses as they searched for Odysseus, all the while bringing Homer’s accounts of Greek mythology to life. 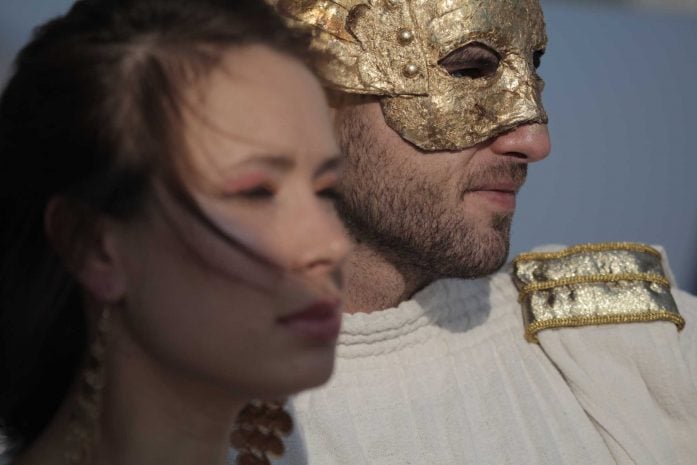 Each day brought a new myth into the narrative as the children lived and learned Greek mythology firsthand. And as their knowledge grew, so did their spirits and their courage!

While the adults relaxed in stunning settings and private anchorages, enjoying a parallel itinerary of their own to discover the incredible culture in this beautiful region, the children engaged with a cast amounting to hundreds, led by a characterful professor of Greek mythology.

Side by side with Zeus, the Minotaur, Cyclops, Medusa, the Sirens and the Hydra, the children solved riddles and completed trials, including learning to fight with King Menelaus and a platoon of Spartans, and a helicopter ride over to Olympia itself – where we arranged a world-first exclusive privatisation of the town – to compete in a very special recreation of the ancient Olympic Games! 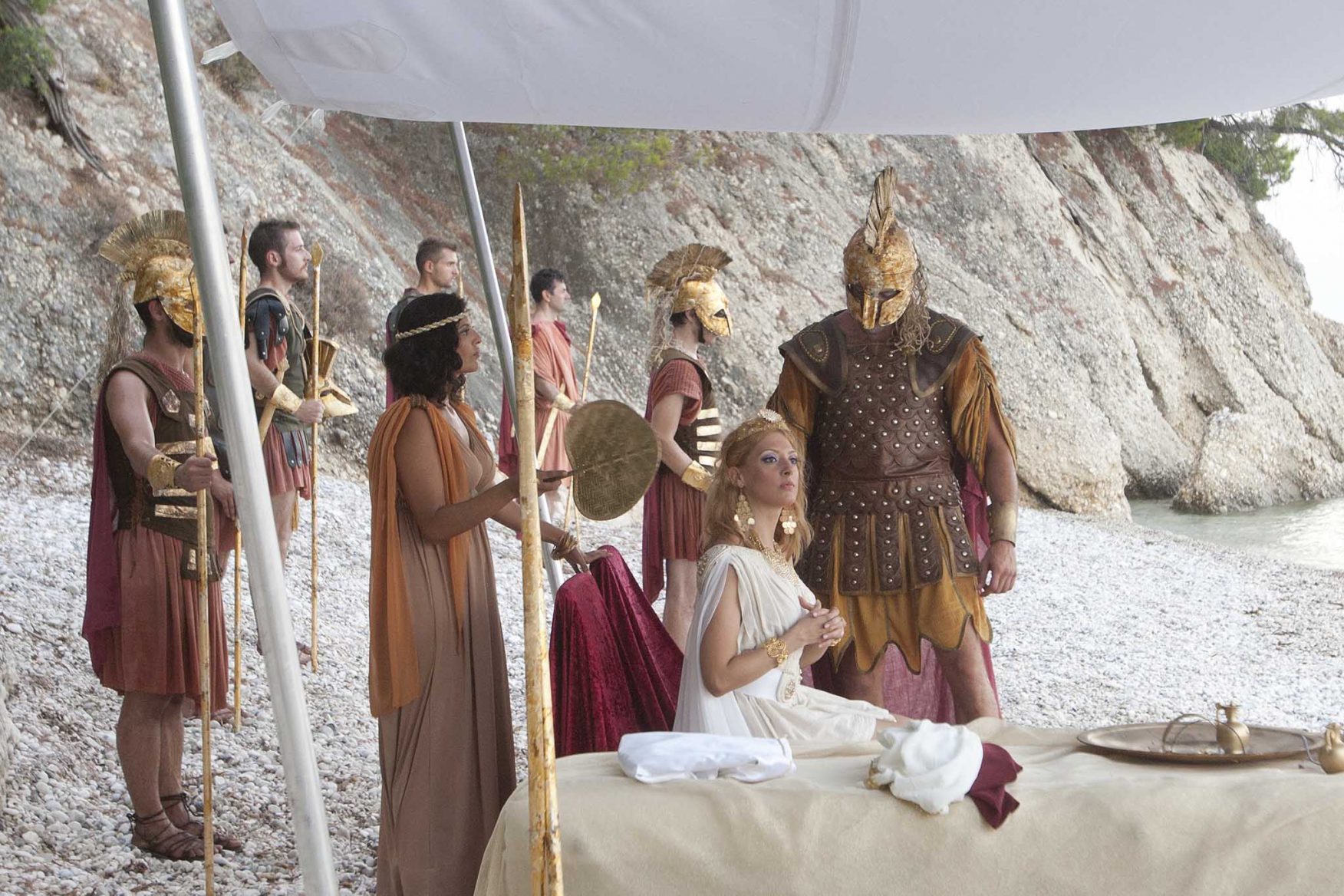 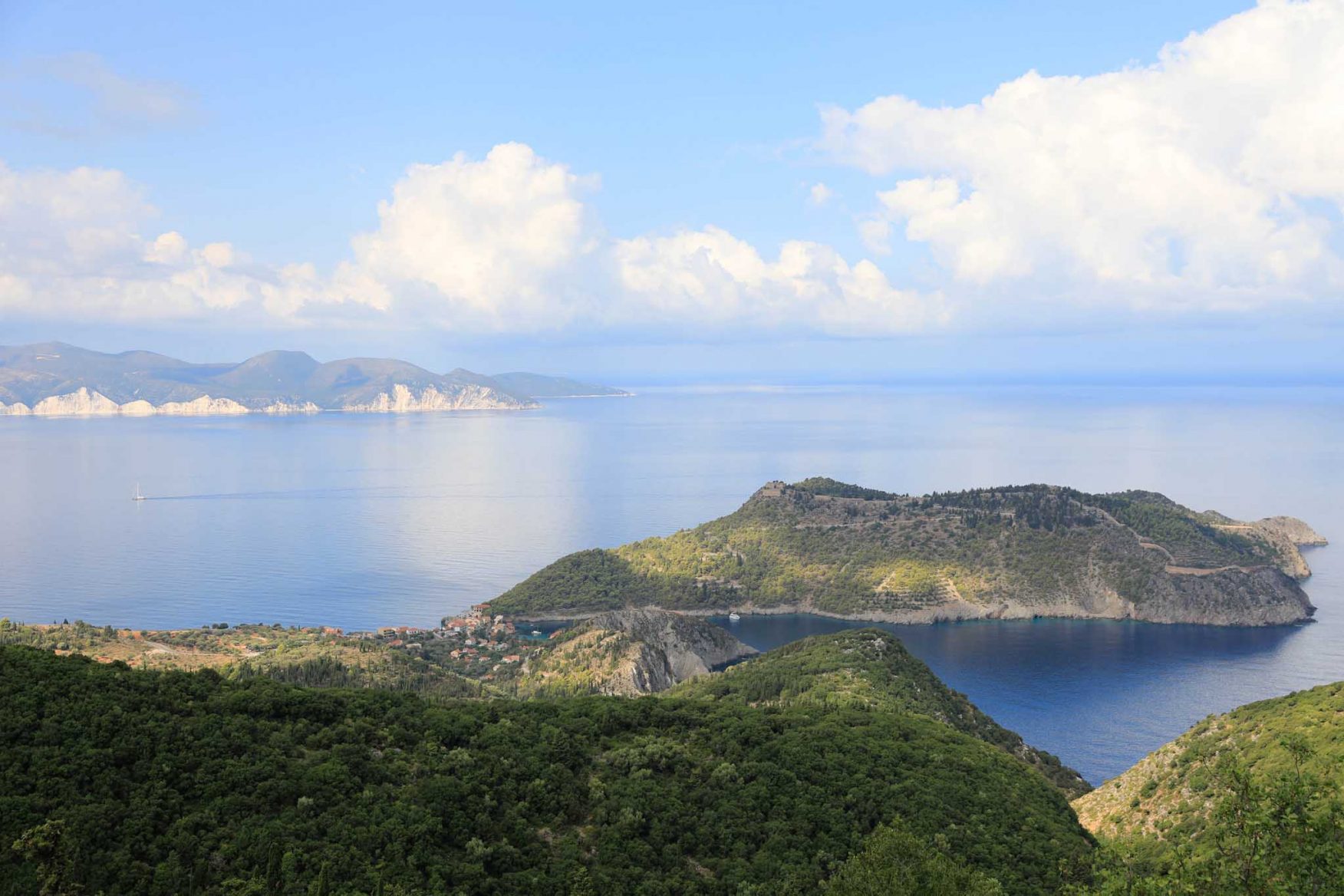 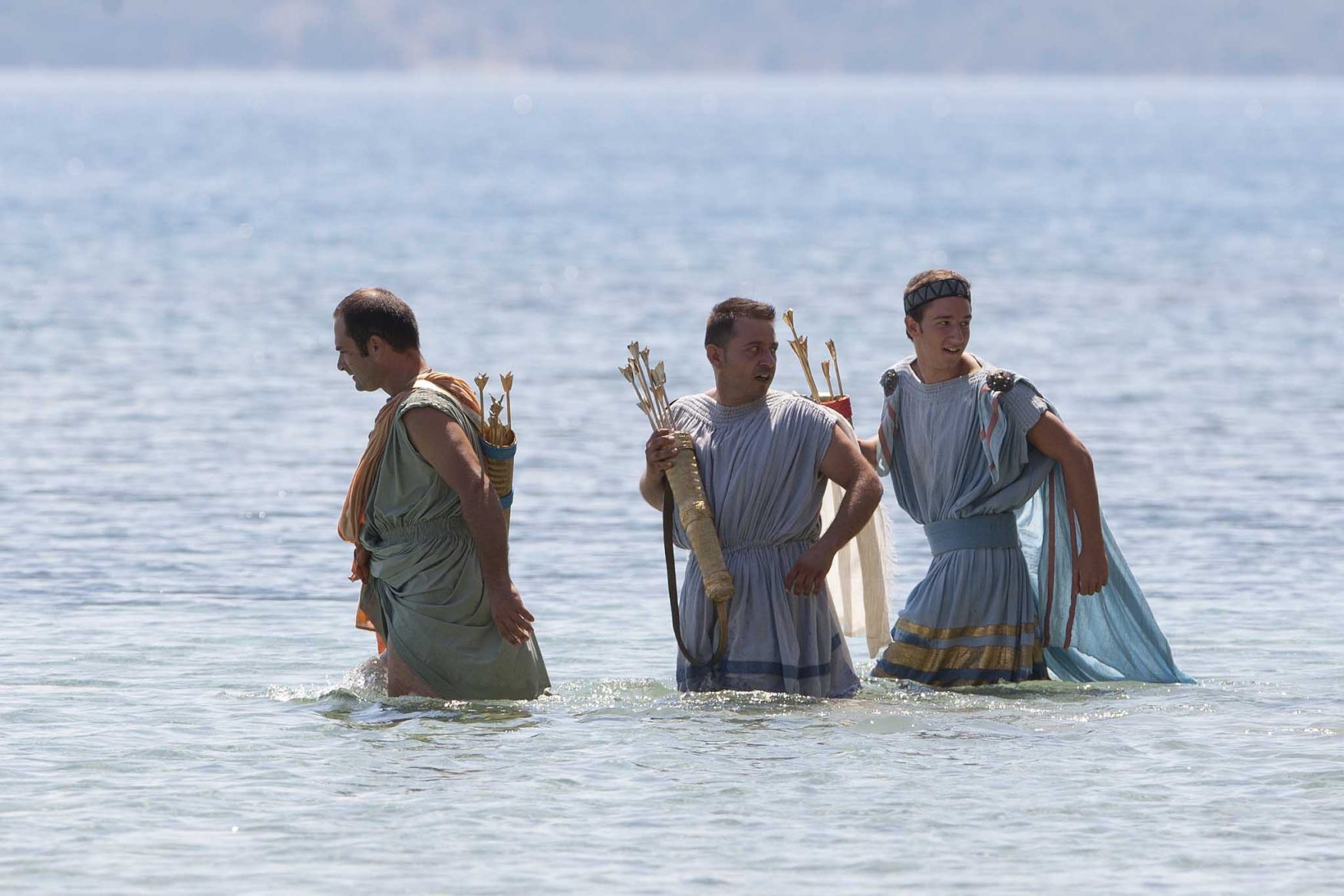 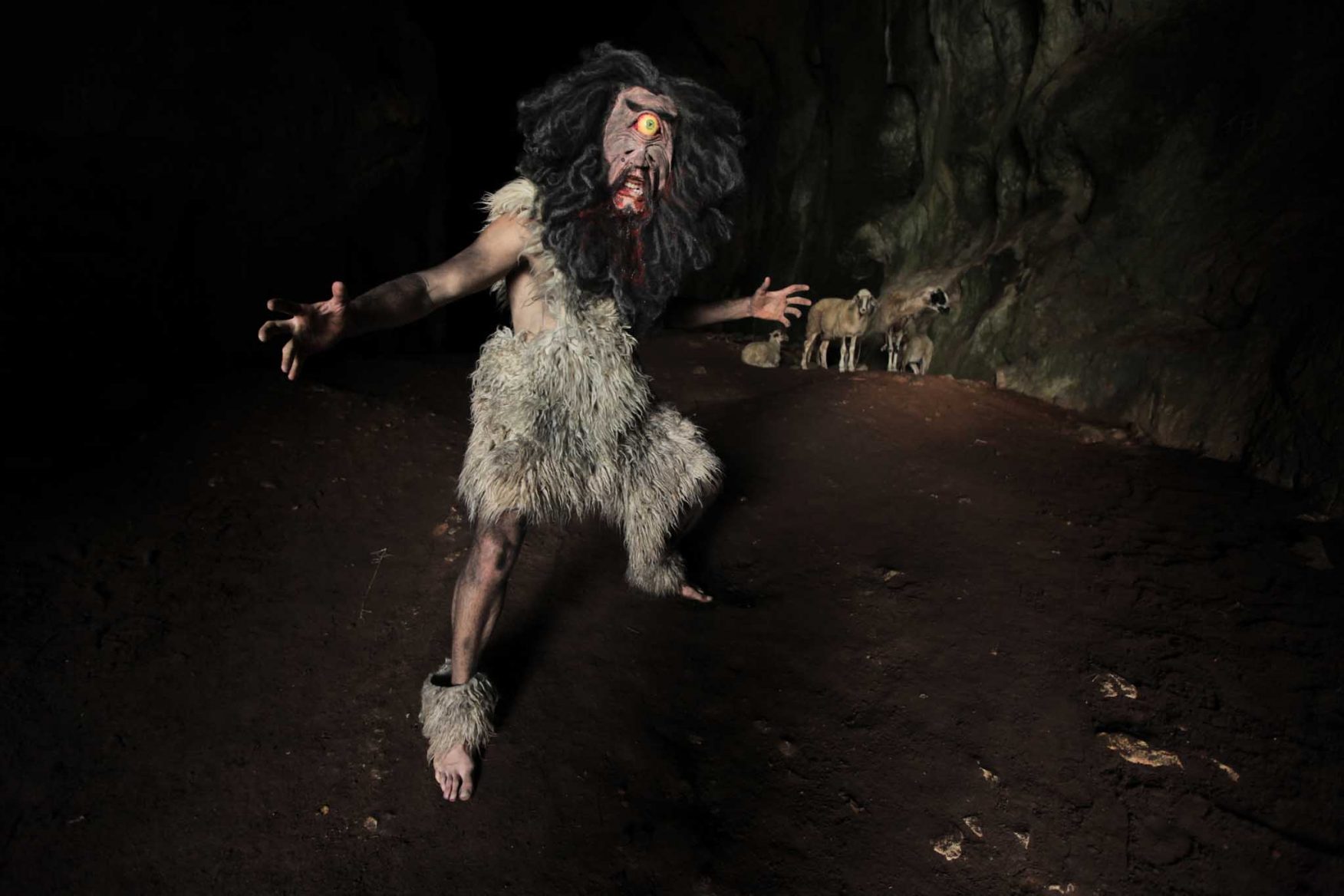 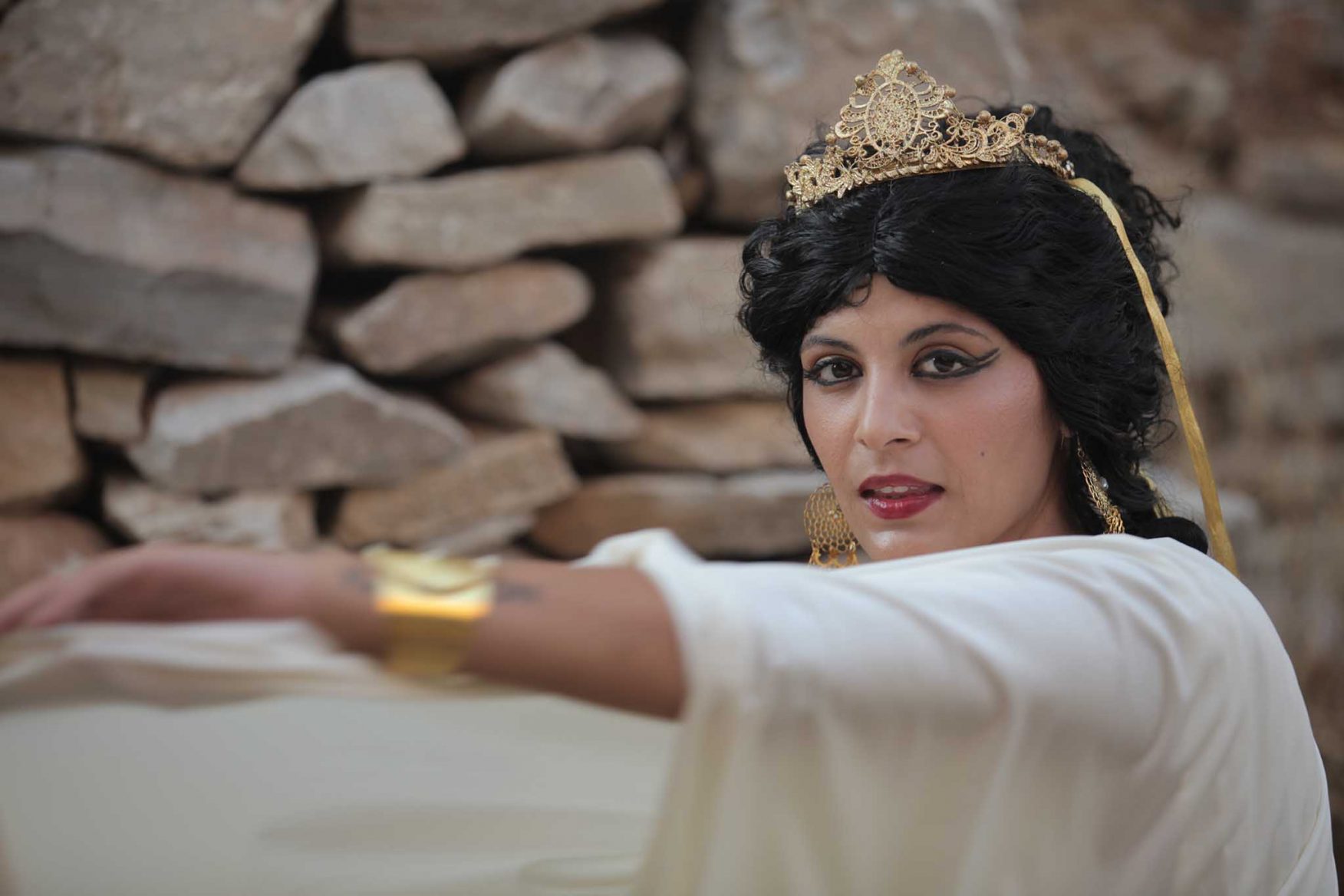 The cruise itinerary took in Ithaca, Zakynthos, Pilos, and the stunning remote coast of the southern Peloponnese peninsula, the children led the family forwards towards the wonderful island of Kythira, and the quest’s stunning conclusion – the discovery of the former site of Troy and a hidden trove of ancient gold, guarded by the flame-breathing Scylla!

With the discovery of the gold and the quest complete, the children bid farewell to the gods and returned home with their family – enriched and enlivened by a mesmerising mythological experience – all Based On A True Story. 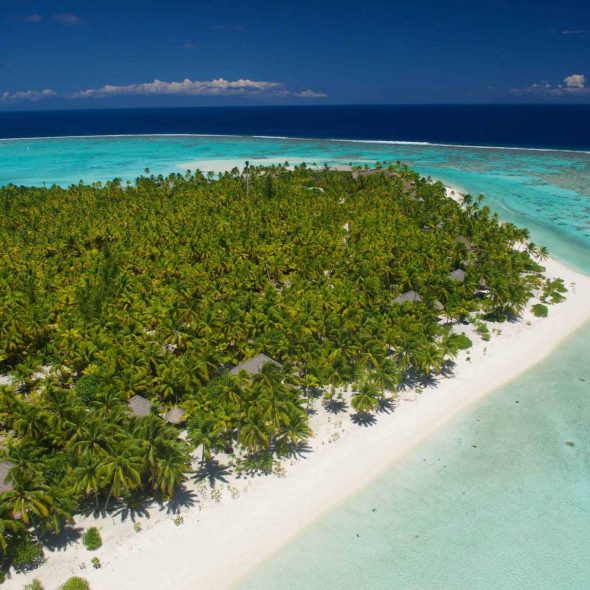 Ornate manioc paste adorns the face of a Malagasy

A sparse tundra, home to a stoical, stand-alone

Days grow longer by the minute as the Spring Equin

On a day of choreographed magic for a Valentine’