Whispers of ghosts, demons, and ancestral spirits echo across the mysterious islands, where black sand beaches and tempestuous volcanoes are dotted through a lush tropical landscape; where cascading waterfalls plunge straight into oceans of deep crystalline water.

A small yet extraordinarily diverse archipelago, Vanuatu’s 84 islands in total cover just under 13,000km2 – around half the size of Sardinia. Yet the variety of cultures is incredibly rich, and over 100 different languages are spoken here.

Despite centuries of European colonisation and a heavy military influence during World War II, the Ni-Van people have maintained many of their ancestral ways – or ‘Kastom’ as it is known locally – including black magic, vibrant festivals, spirits and demons, and devout worship to unusual deities. 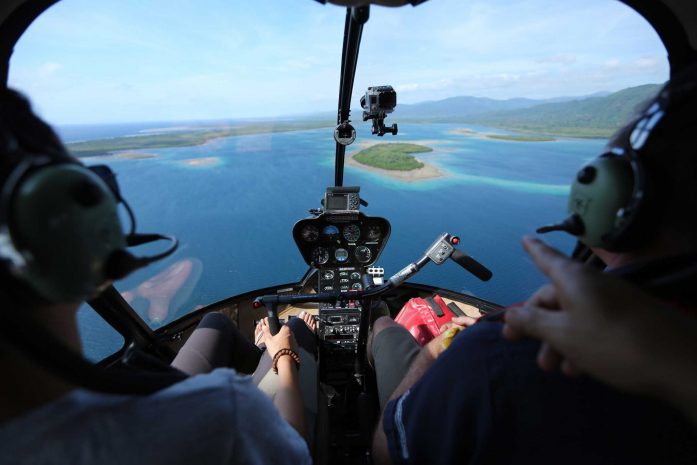 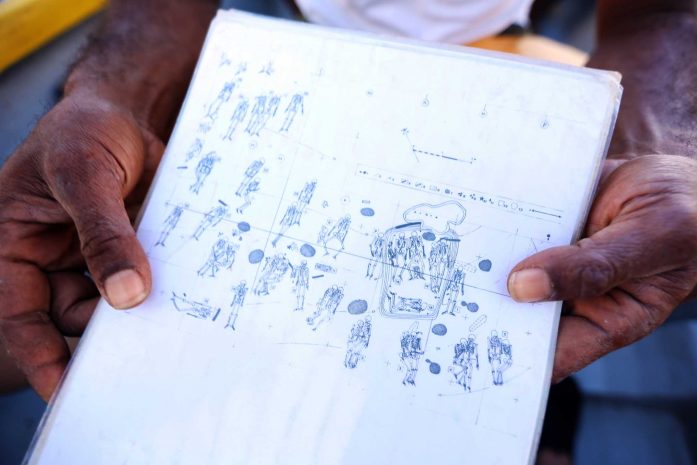 It sounds like the stuff of nightmares and dreams; a fictional landscape conjured up for the pages of a mystical tale. But this is the reality of Vanuatu, a land as obscure and unnerving as it is alluring, warm-hearted, friendly and welcoming, that itself has formed the inspiration for many an intrepid sailor’s story.

Indeed, Vanuatu was the setting for one of our most daring guests’ own story – an expedition with one objective: completing the first ever descent into the depths of an unexplored crater, to a boiling lake of lava deep inside the fiery heart of an active volcano. 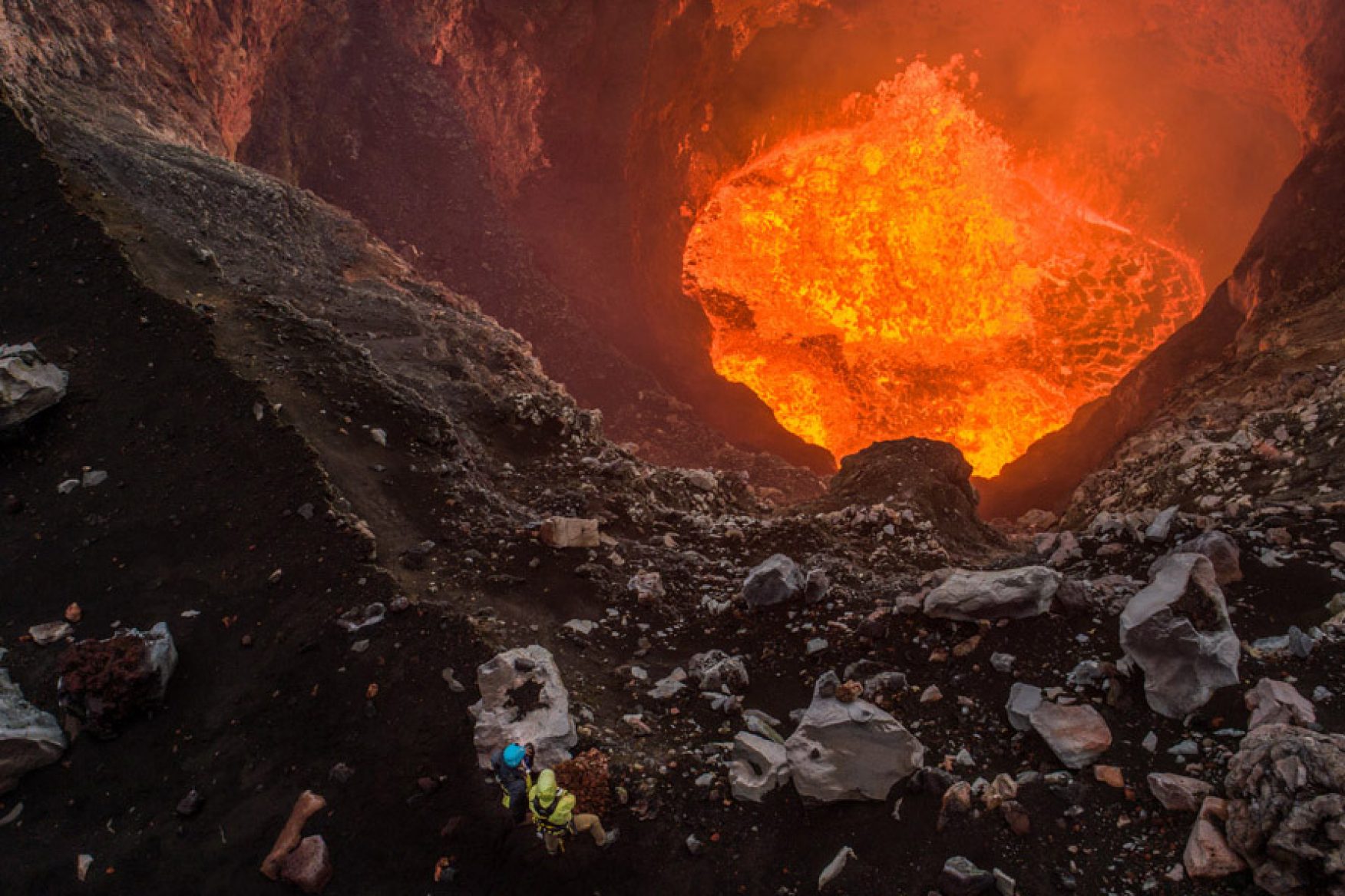 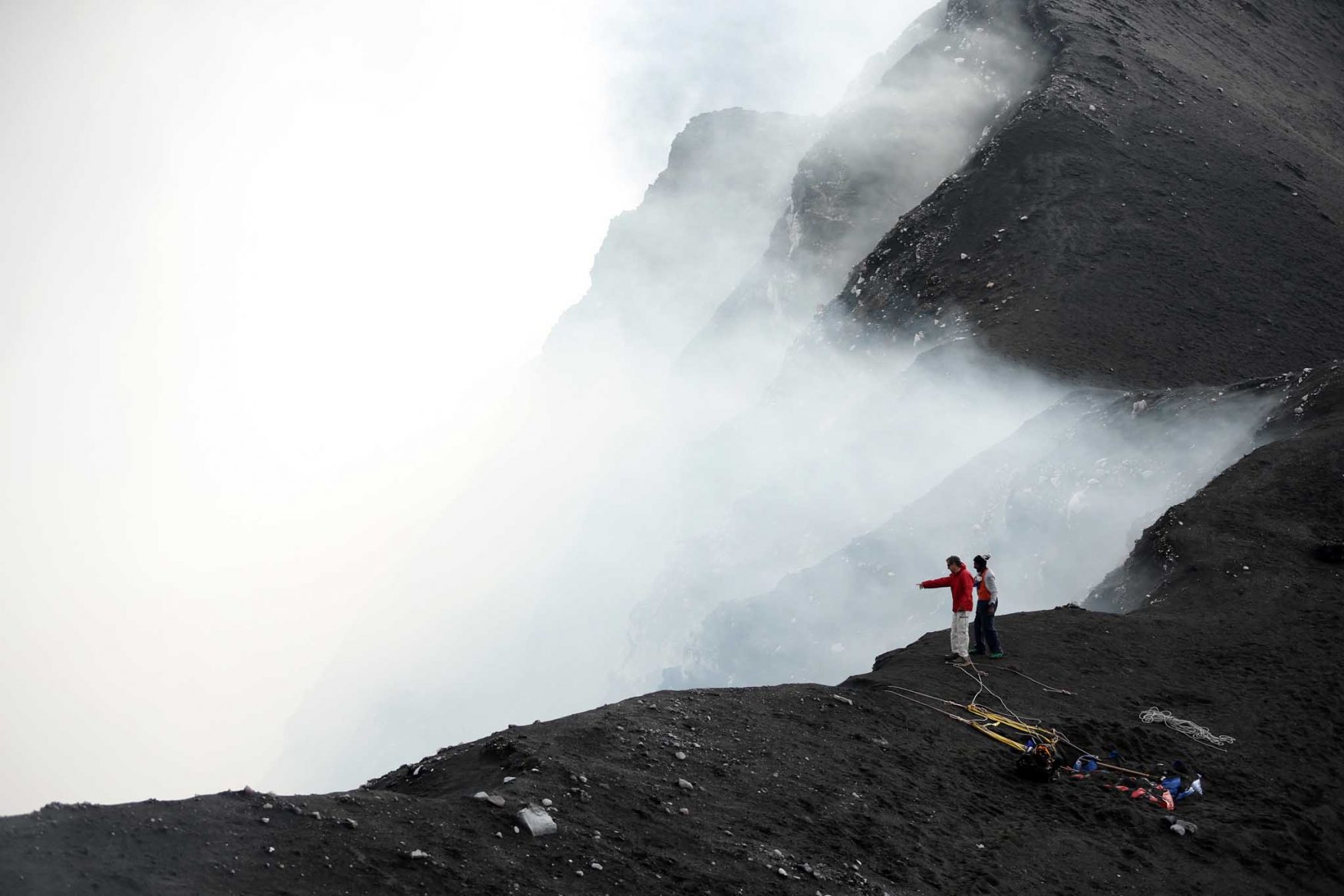 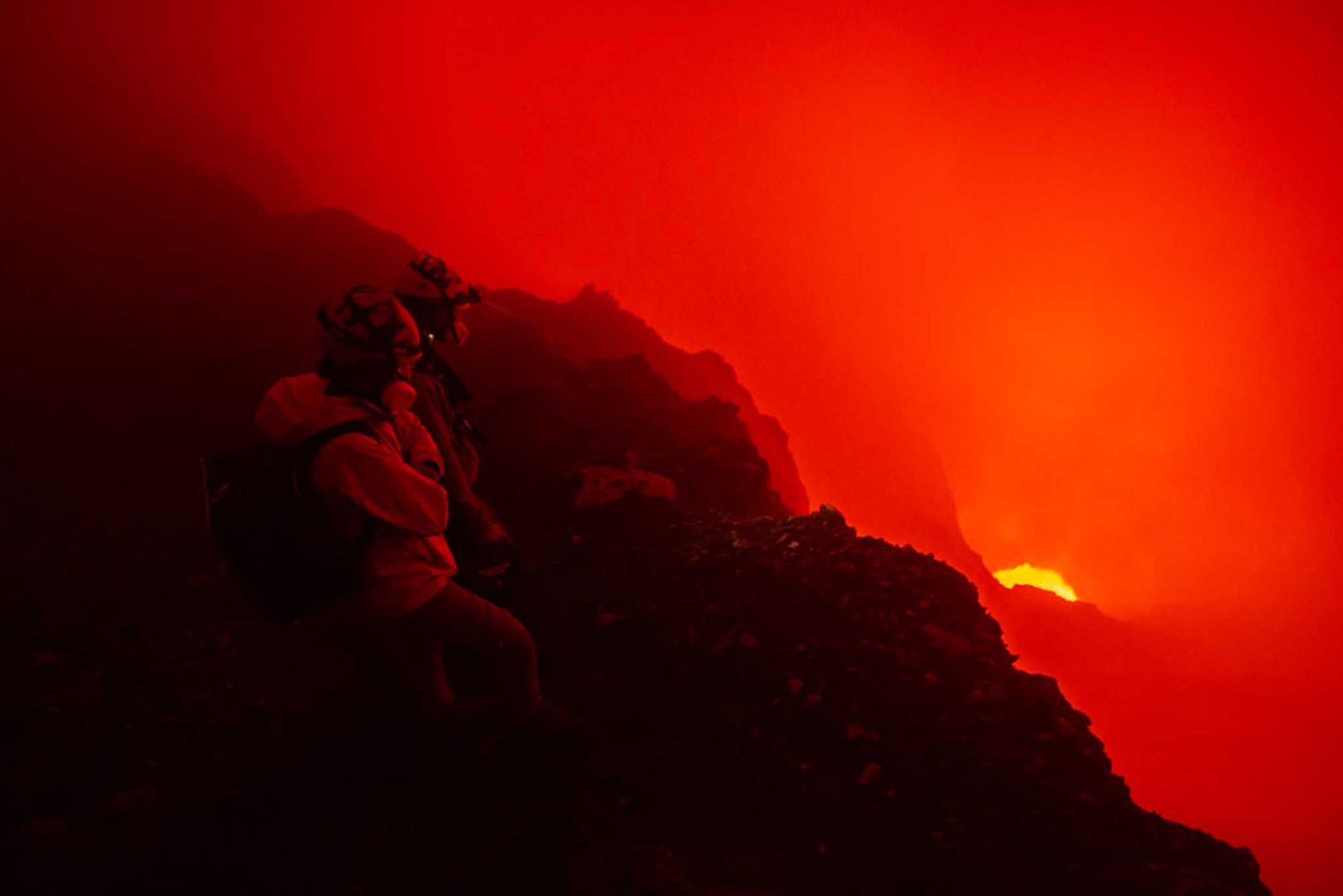 There are very few permanent, relatively stable lakes of lava in the world. They exist in only 5 volcanoes world-wide: one in each of The Congo, Ethiopia, Hawaii, Antarctica and Vanuatu.

Vanuatu’s Ambrym is known for 2 main lava lakes in separate crater systems within the same volcano. But there is a third big one that very few people knew about, which had never before been accessed or visited by anyone – an unmissable opportunity for an epic word-first adventure.

Such an expedition requires enormous amounts of preparation, plenty of flexibility, and of course a world-class A-Team to ensure success. Distinguished adventurers, expedition leaders and storm chasers, documentary makers, and experienced volcano experts were flown in from various corners of the world, accompanied by a local guide with unparalleled knowledge of the archipelago and all of its idiosyncrasies.

...a world-class A-Team of distinguished adventurers, expedition leaders and storm chasers, documentary makers, and experienced volcano experts were flown in from various corners of the world...

3 light fixed-wing aircraft, with around 2000kg of equipment, were flown in to a remote grass airstrip on Ambrym. A helicopter – piloted by our adventurous guest and a local pilot – was then used to sling-load all of the gear to the basecamp site deep inside a crater surrounded by cliffs towering up to 800ft above camp. Within that crater were more craters dropping far below, containing the exposed lakes of lava to be explored. Access to any of the lava lakes on Ambrym is extremely challenging – 3000ft up a volcano on a remote South Pacific island, then up to 1500ft back down inside it, in a very complicated, dramatic and inhospitable landscape.

One of the biggest challenges here though is the weather; it can be extreme, hostile, and unpredictable. Clouds of poisonous gas are constantly wafting around and engulfing the camp, sometimes for days.

When it rains through the gas clouds it rains acid that stings your eyes, burns your skin and dissolves metal, destroying everything from camp cutlery to expensive camera equipment. Even top of the range mountaineering tents become tissue-thin after only 2 weeks and the printed logos literally melt off. Virtually nothing lives here, and gas masks must be carried at all times. 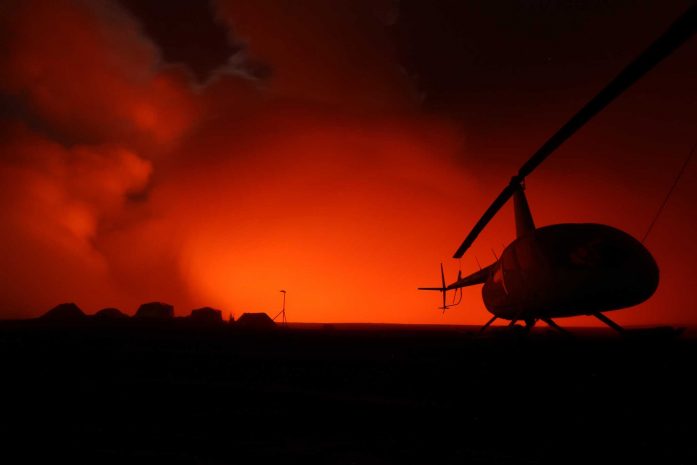 After several days of patience and rigging and multiple aborted attempts, conditions finally allowed for the main descent. A trek and scramble through a wild environment far inside the volcano led to a deep chimney slot with overhung walls, and the final descent of a 600+ft vertical and partially overhung rappel.

... huge vertical walls baked with green and yellow sulphur, next to a giant, furious, boiling, thundering lake of lava blasting out poison and glass and immense heat...

Those that could, ventured deep down that slot – tightly hemmed in by a tower of huge vertical walls baked green and yellow with sulphur, to a giant, furious, boiling, thundering lake of lava blasting out poison and glass and immense heat, exposing the molten heart of the earth.

Our intrepid guest and expert partner became the only people to have ever seen the world from that amazing vantage point.

As conditions down at the lava lake worsened, the long ascent began. Reaching the top of the first pitch just as darkness fell, the trek back to basecamp was completely immersed in the always-mind-blowing vivid red glow that envelops your entire world at night… deep inside a volcano. 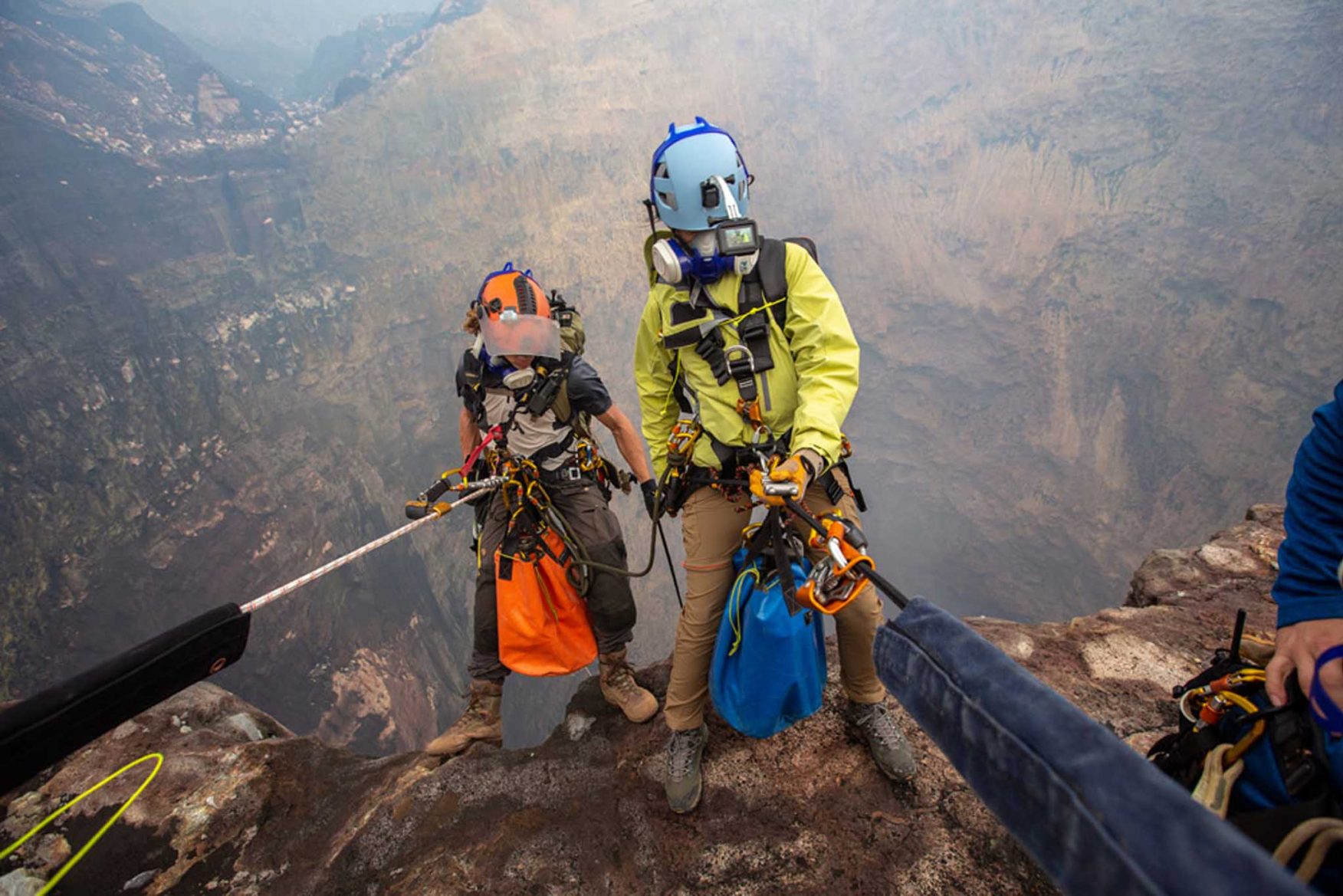 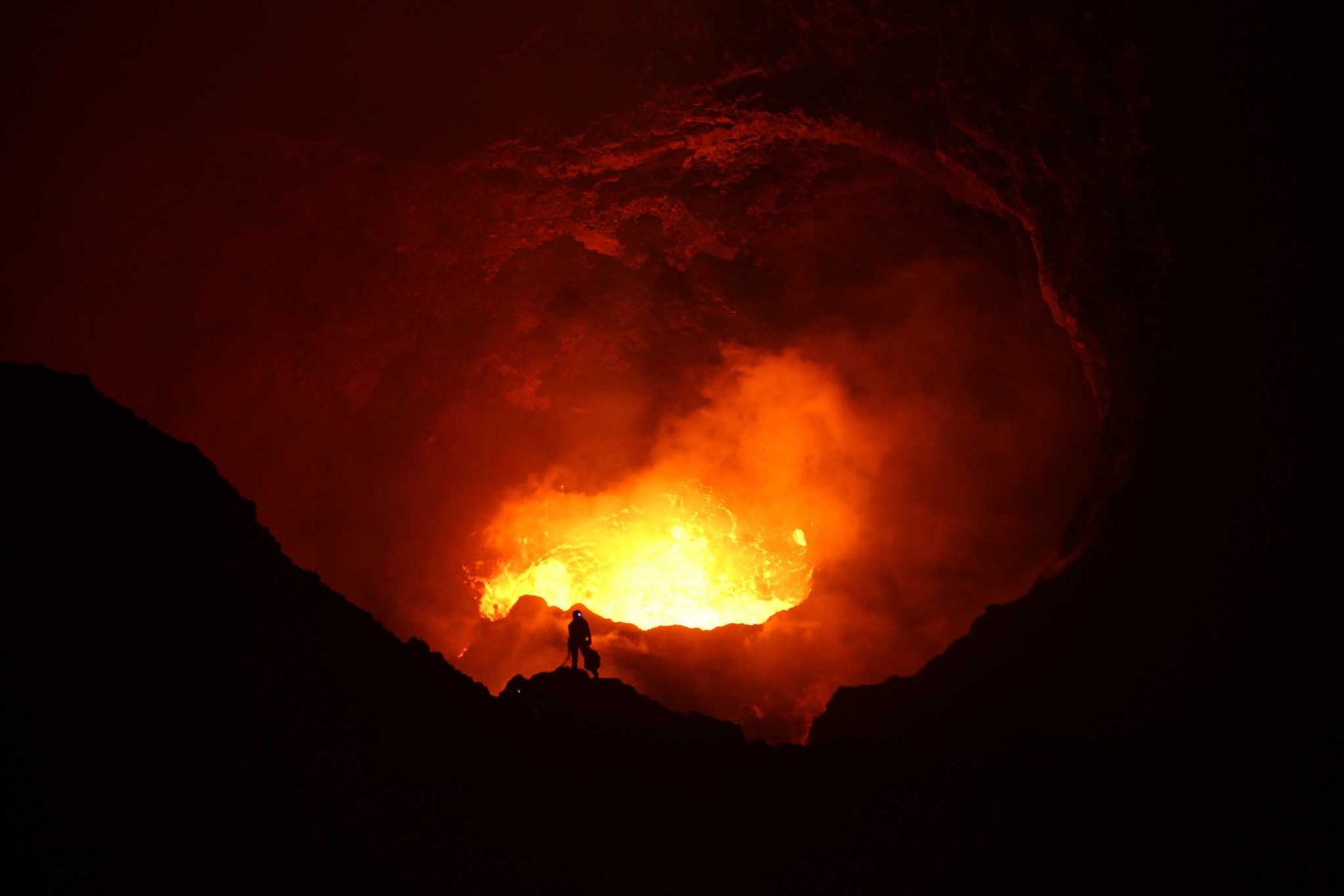 Such an extreme expedition is of course not suited to everybody, though if you find yourself drawn to deep churning pits of furious molten rock, you could take a 4×4 up to Tanna Island’s highly active Mount Yasur – a spectacular and more accessible active volcano that constantly erupting, blasting lava bombs high into the air.

This is a less challenging option but tremendously rewarding. Driving across the stark, black ash plains is certainly an eerie and exhilarating experience, as is “volcano boarding” down the slopes. And delightful rustic lodging surrounded by forest on the water’s edge at the foot of the volcano ensures that you wont need to forego basic luxuries. 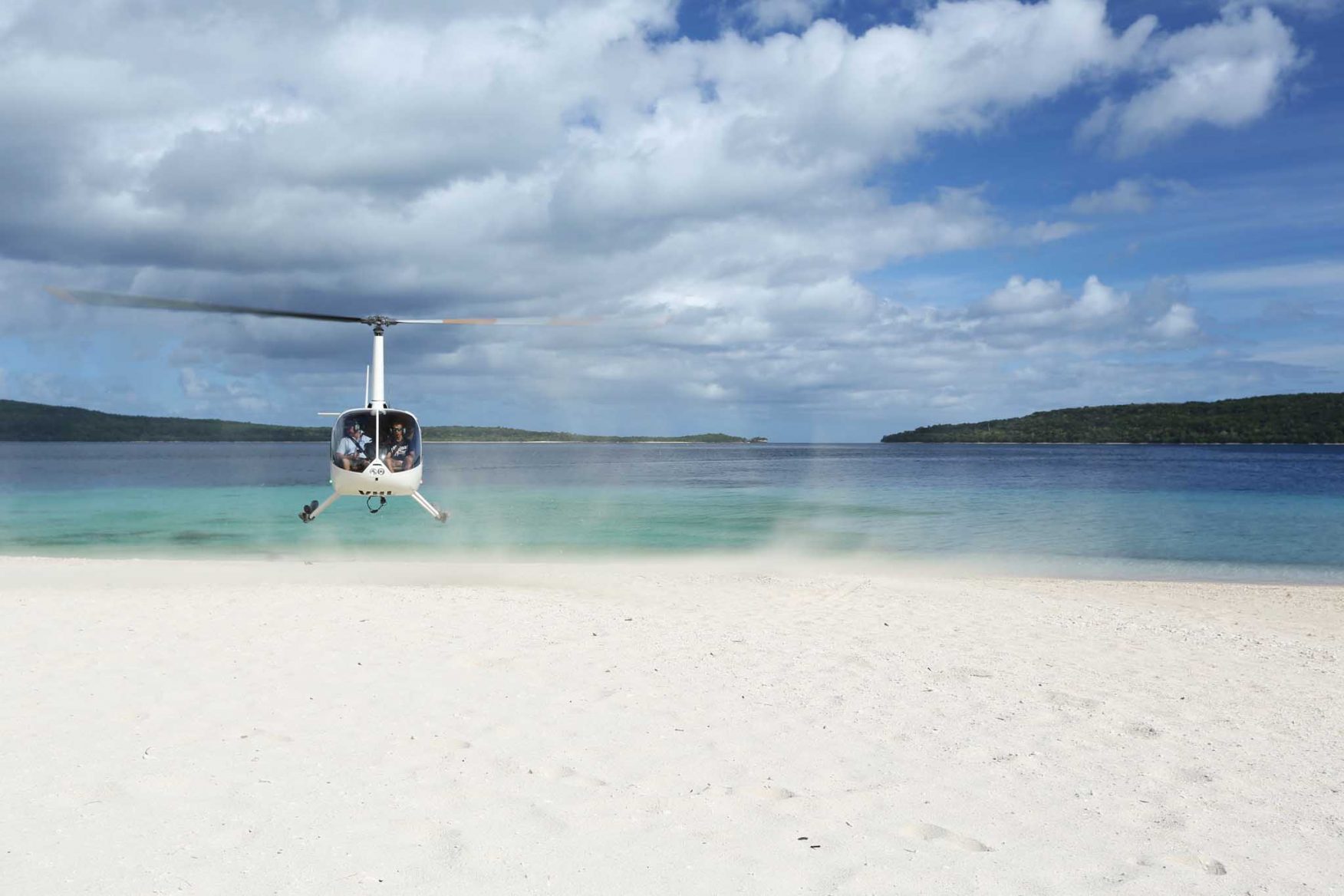 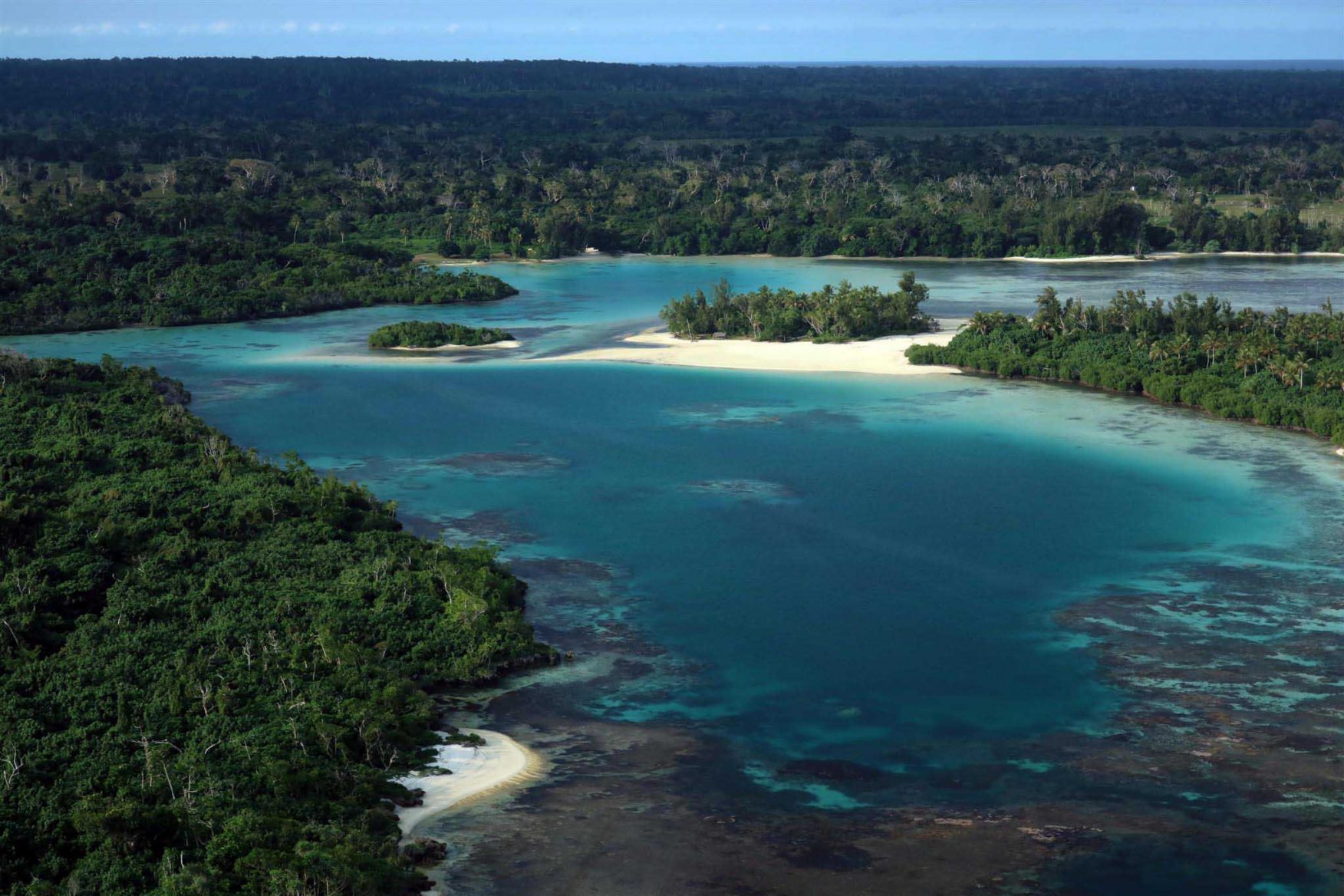 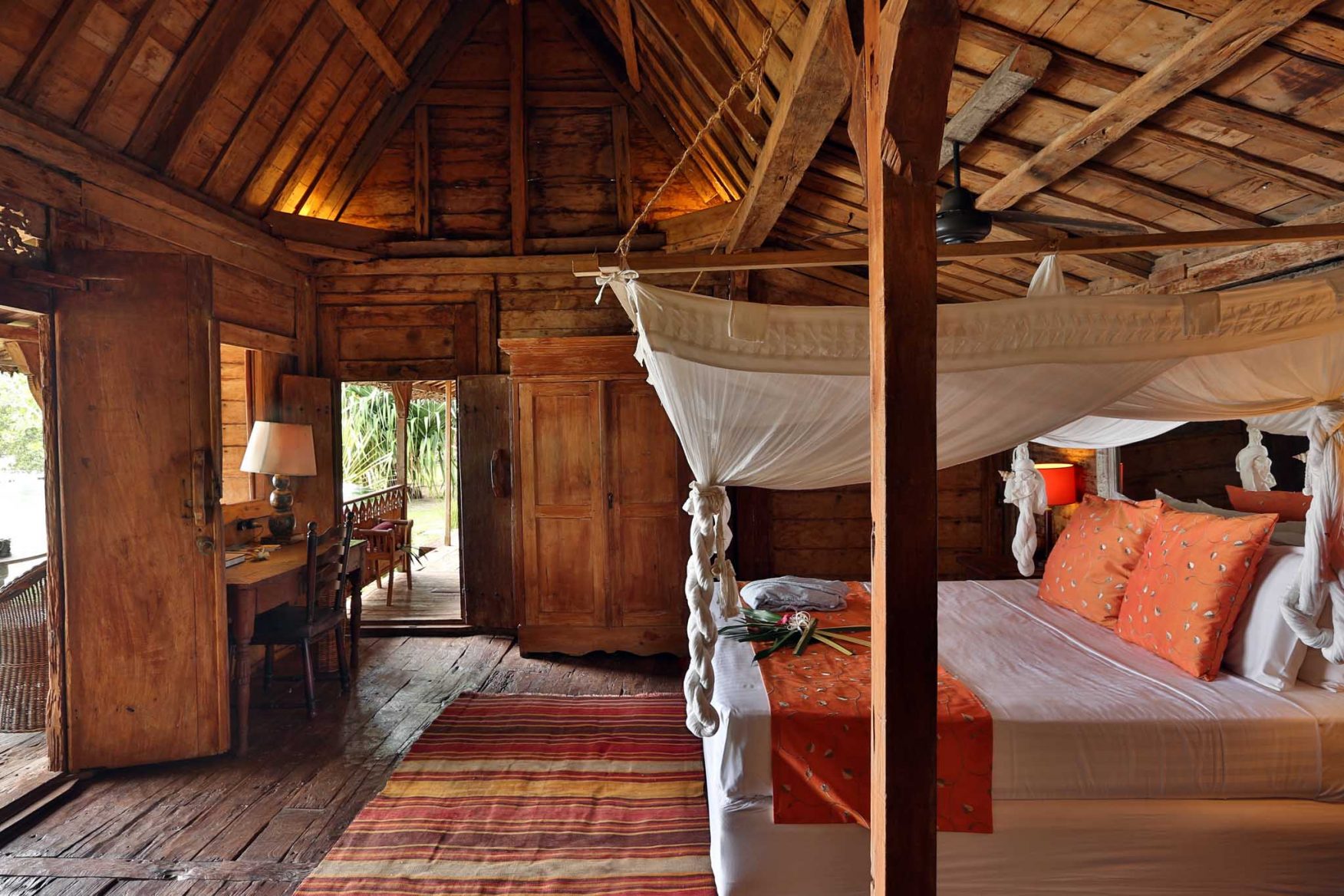 To uncover the other myriad opportunities that Vanuatu’s diverse islands can offer, charter a helicopter for an incredible island hopping expedition. Go dugong-spotting from the sky and put the heli down on a deserted beach to jump in and snorkel alongside. Kayak to crystal clear blue sink holes deep in the jungle and dive the site that regularly features near the top of the lists for the best in the world, including an incredible wreck dive – a 654 foot long ship filled with old jeeps, guns, gas masks and medical supply rooms.

On land take jungle treks on spectacular tropical islands to visit remote traditional communities. Meet the villagers that have shunned modern culture and strongly maintain their old customs, have developed their own alphabet, run their own schools and developed their own currency with a bank that takes deposits of pig tusks and woven mats…

Vanuatu is the perfect backdrop for intrepid expeditions of many kinds; the environment can be as volatile as it is mesmerising… so you better keep your wits about you if you wish to live to tell your tale… Based On A True Story. Superyacht Cruising
Explore
Drawn together or worlds apart, 2020 has challenge

Rediscover the joys of traveling the world togethe

Nothing is more important to a family than quality

Heading for Saba, aka ‘Kong Island’, in the Ca