A Quest for Stolen Treasure

An abundant landscape of postcard perfection, the Caribbean’s crystalline waters have long drawn those who seek life’s natural treasures.

And yet, for hundreds of years this sun-kissed paradise was a treacherous region for those who dared to sail through its waters. Ships working the trade routes would be enticed close to shores with smoky fires. But as they sailed close to land with the hope of making an opportune trade – Bam! – pirates would seize their vessel and all of their precious gold, silver and jewels.

These salty criminals were eventually chased off the islands by colonial powers and were forced to take to the high seas, taking their menacing ways with them.

The pirates of the Caribbean were commonly believed to hoard their plundered treasures by burying, returning to retrieve them at a later date. Many stories have been told of the unlucky pirates who never made it back to collect their loot, which still lies deep beneath the golden sands… 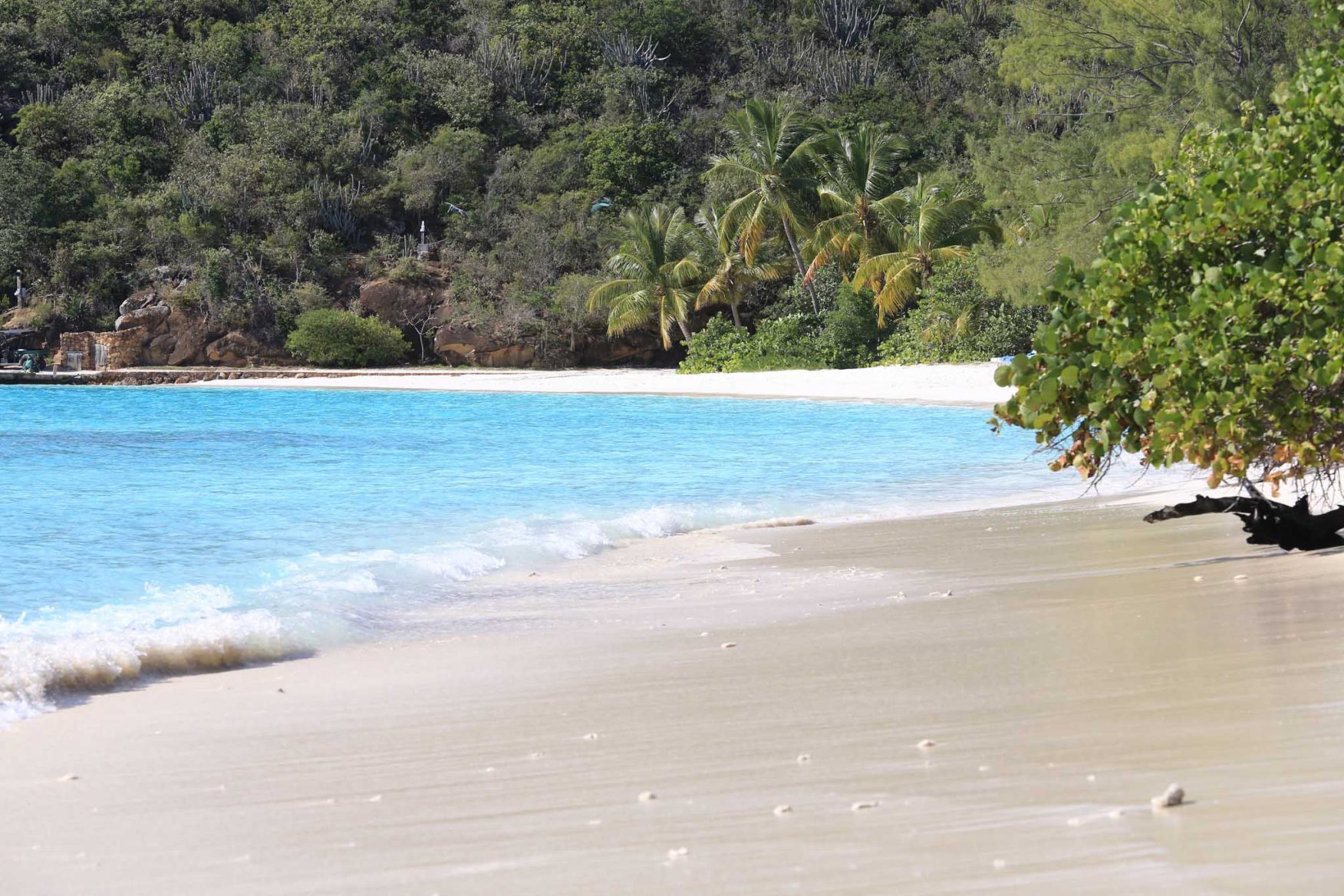 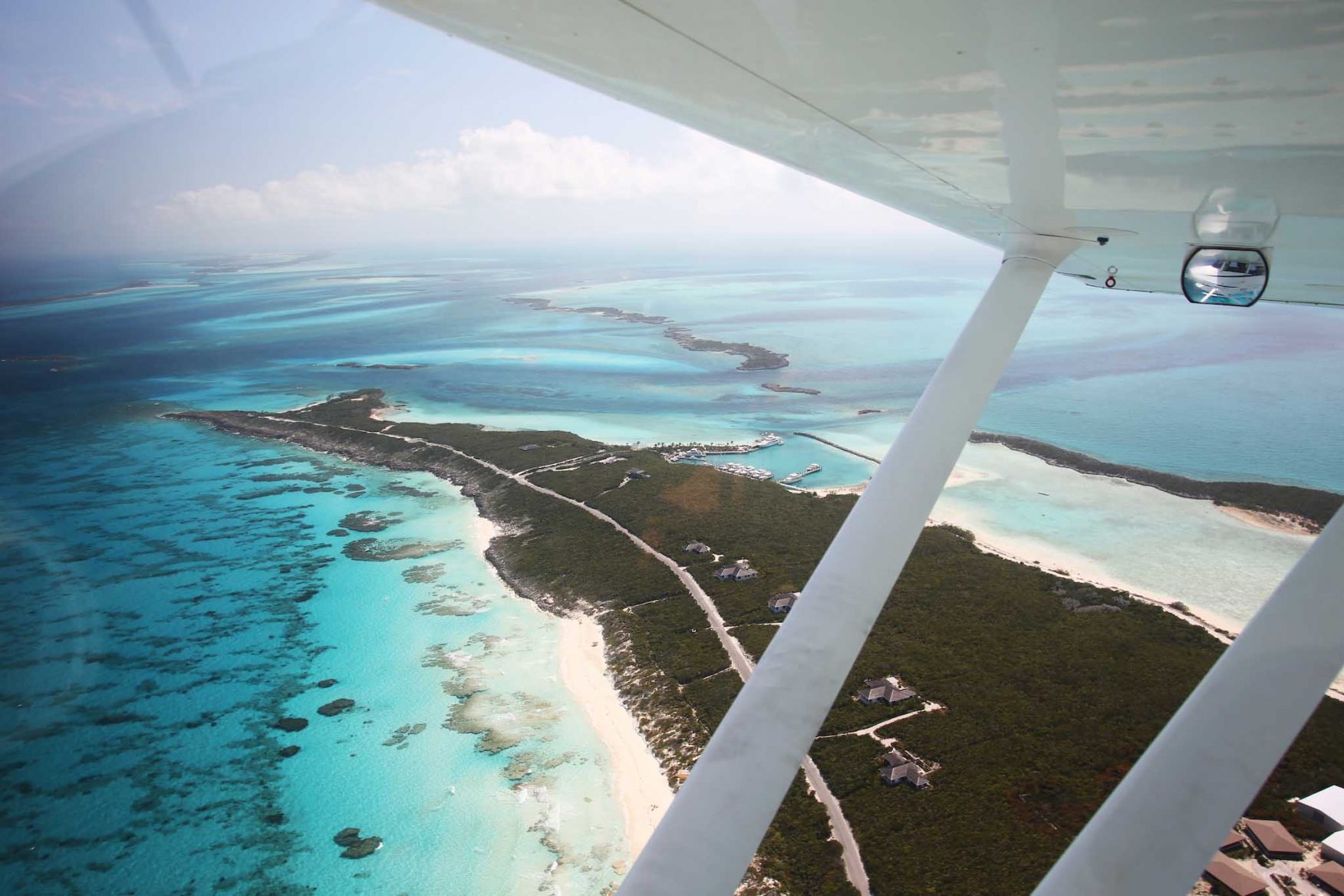 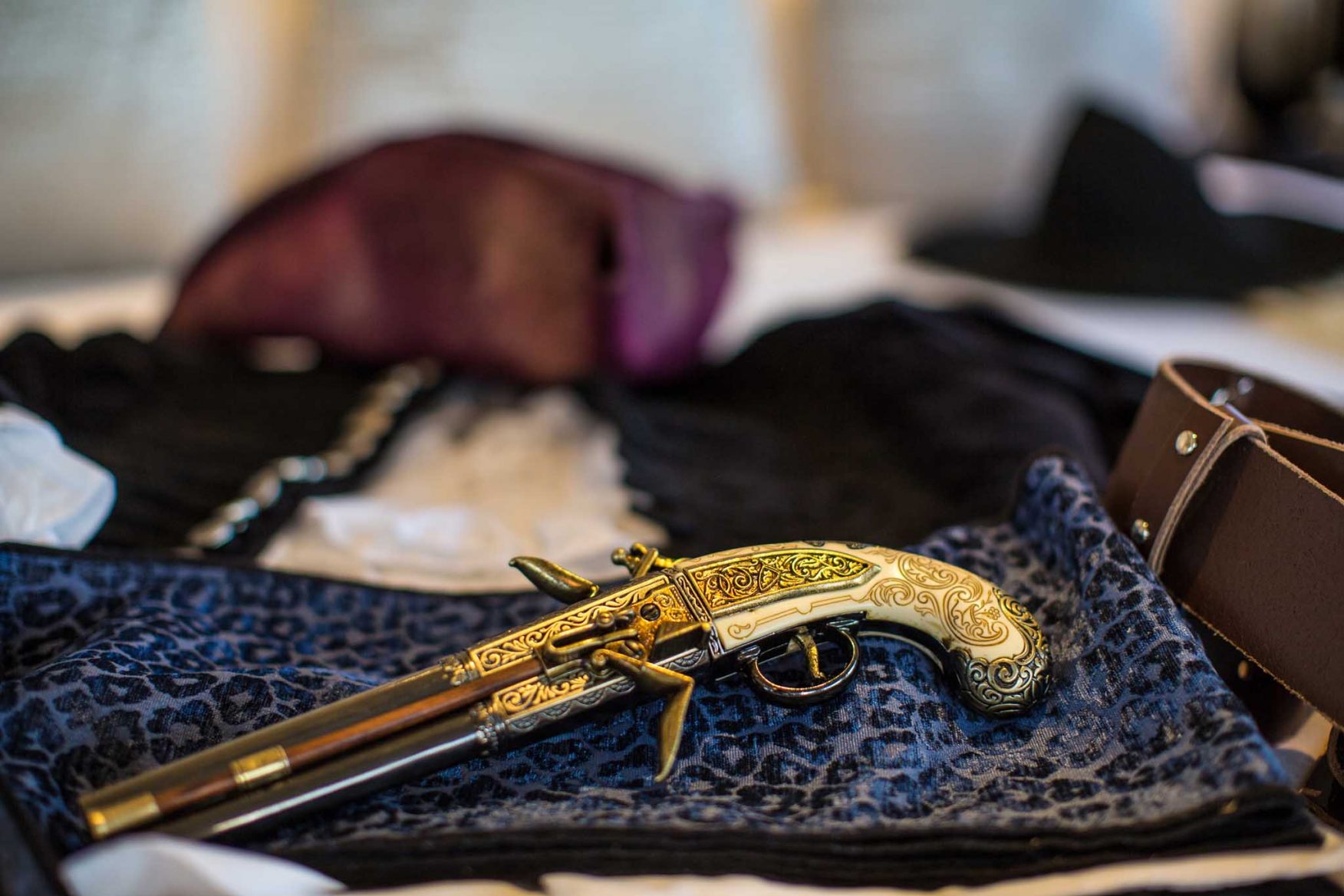 From the window of their private plane a group of close friends gaze across over the picture-perfect cays of the Bahamas – stretches of deep green, encircled by crisp white sandbars that drop off to sapphire-blue surrounding waters.

Touching down on the small airstrip, the group find themselves immersed in the film-set haven of Musha Cay. Greeted with a warm Caribbean welcome, they transfer to their charming tropical villas and settle in for a magical evening of fine dining and entertainment, within the island’s stunning surrounds.

Several days are spent together relaxing and exploring the islands of Copperfield Bay. While some soak up the tranquil tropical island vibes exploring the pristine reefs by snorkel and paddle board, the more adventurous of the group revel in windsurfing, water-skiing, and big-game fishing. 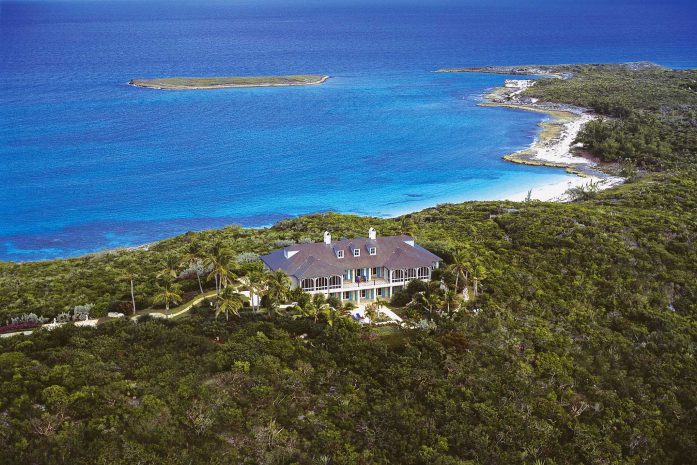 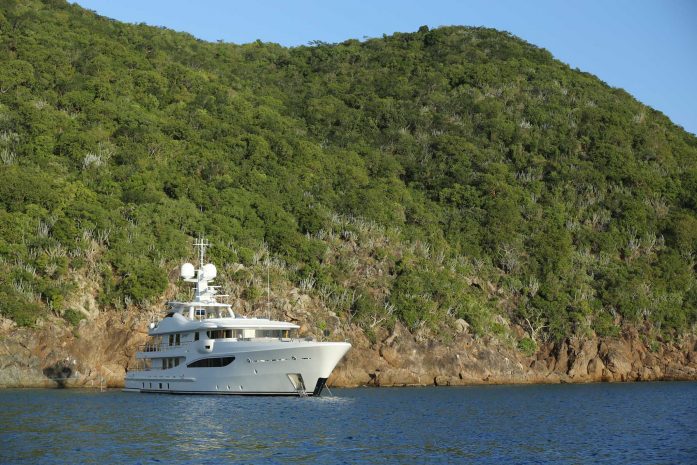 However, a journey that begins as a relaxed vacation with friends quickly takes on a strange narrative when the group discovers a mysterious barnacle-encrusted bottle, washed up along the shoreline.

Pulling out the old cork stopper, the friends are astounded to find an old piece of bark with words etched in charcoal. The note comes from an old sailor, who claims that he was part of the rogue crew of the notorious Captain Blackbeard…

The letter calls for help, as the young sailor has been marooned on a desert island following a squabble with his captain. He has no boat but holds treasures that he was able to sneak from the galleon, which he offers as a reward for his rescue. On the reverse side of the bark ‘letter’ is a crudely drawn map with a circle drawn around the islands of Turks and Caicos and a scribbled name, “Pirate Cay”.

Enticed by the thought of finding a buried hoard, the group decide to follow the sailor’s trail and arrange for a charter yacht to collect them the next morning. 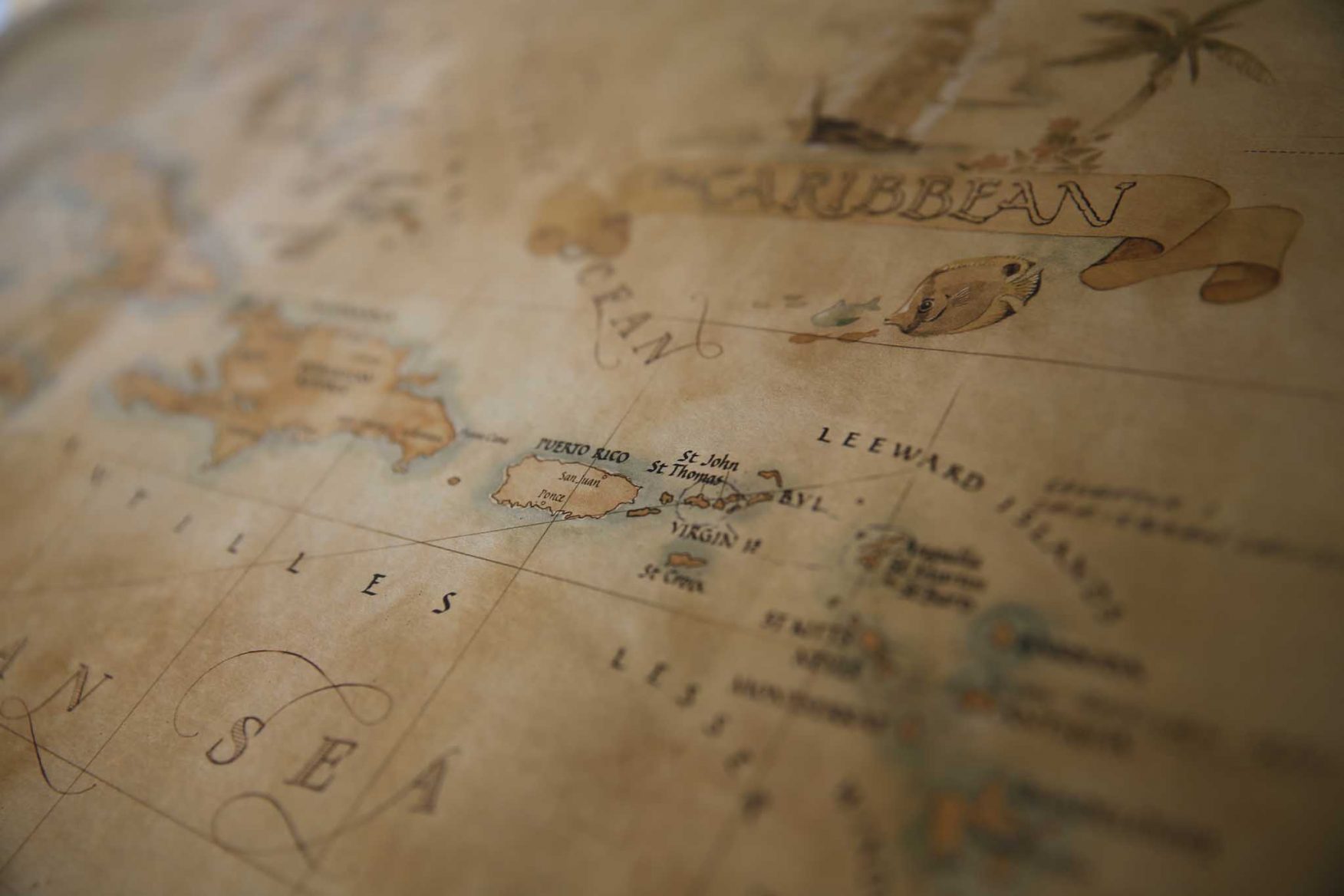 03 / 03
Pause slider
Play Slider
the group hear loud booming sounds far the distance... two great ships can be seen on the horizon, their cannons blasting and a mad commotion on board

Weaving between the islands, the friends take the opportunity to explore the idyllic surrounds, dropping anchor to snorkel, dive and kayak through the clear waters, and making forays onshore to discover the local towns, steeped in history.

As they voyage into the Turks and Caicos, the group hear loud booming sounds far into the distance. Approaching closer, two great ships can be seen on the horizon, their cannons blasting and a mad commotion on board. Suddenly, the larger of the two ships doubles back, and with wind in her massive sails, fast disappears into the distance. The group move closer toward the smaller boat, which has now moored up on the white sand beach. A young scruffy-haired sailor with piercing eyes and a tricorn hat approaches them and introduces himself as Jack Rackham. As it happens, he was the one who wrote the note, just a few days ago!

Aside from the guests, the most famous female pirate, Anne Bonny, had also come to rescue Jack along with her crew. Unfortunately, at the same time Blackbeard had also returned to collect his missing loot… but as the two boats clashed, evil Blackbeard managed to kidnap Anne! 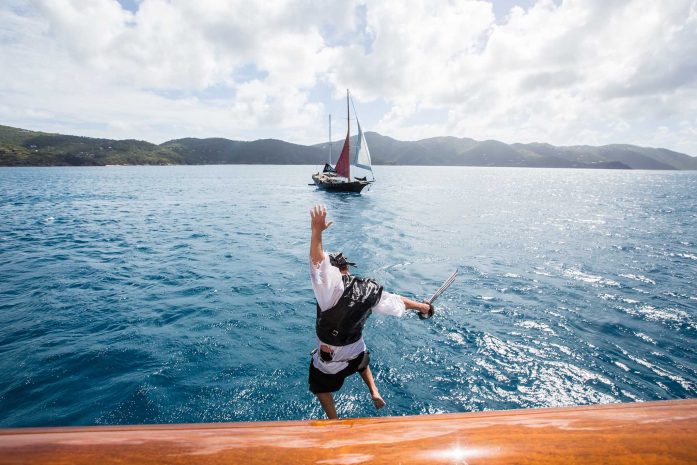 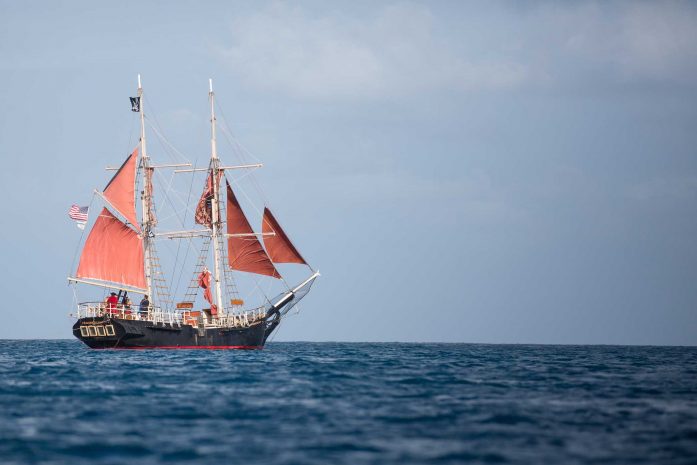 But first they must rest – it would be best to wait a few days until Blackbeard’s crew is unsuspecting. Fortunately, the group have moored up at the unspoilt private island of COMO Parrot Cay, where they spend several days enjoying exceptional dining, thrilling water sports and exciting explorations of North Caicos Island.

As Jack has been privy to Blackbeard’s conversations, he knows that they were headed to Jamaica. So, setting off at first light, the group follow Jack’s ship through the glittering seas of the West Indies.

Arriving into Port Antonio, the crew find Blackbeard’s ship abandoned! The local villagers claim that they saw a band of troublesome pirates heading inland, and Jack insists they must follow. Hopping into helicopters, the friends fly over the John Crow Mountains. Touching down at Reach Falls, they discover Anne tied to a tree, with Blackbeard and his crew surrounded by huge chests of gold that they are trying to hide in the dense forest. Jack’s crew goes wild at the sight of the treasures, and, with the guests’ help, manage to chase Blackbeard’s motley crew away, deep into the jungle

Releasing Anne from her ties, the crew unites and claim the treasures for themselves… A huge pirate party ensues with an evening of celebrations, music, merriment and a sumptuous BBQ. 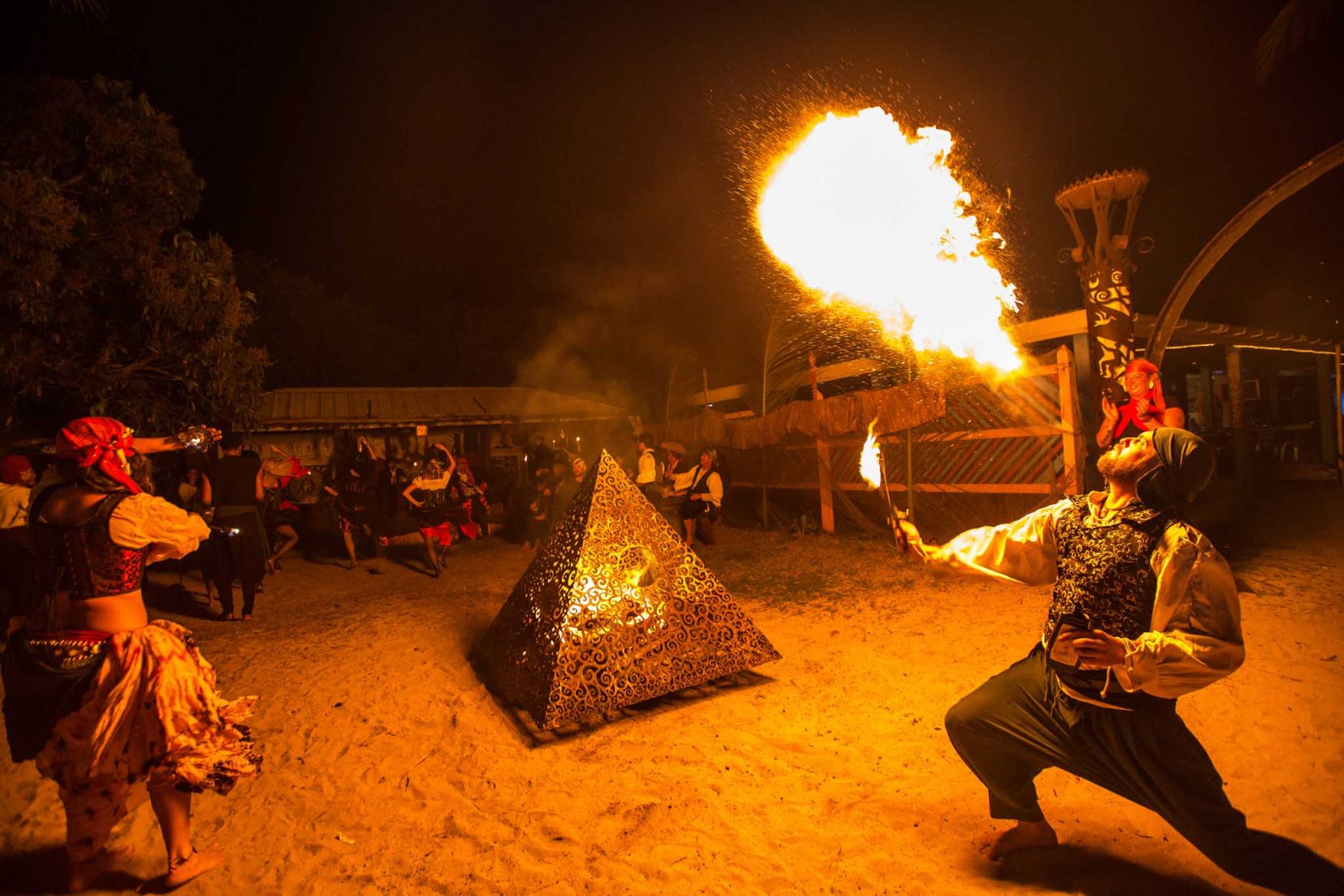 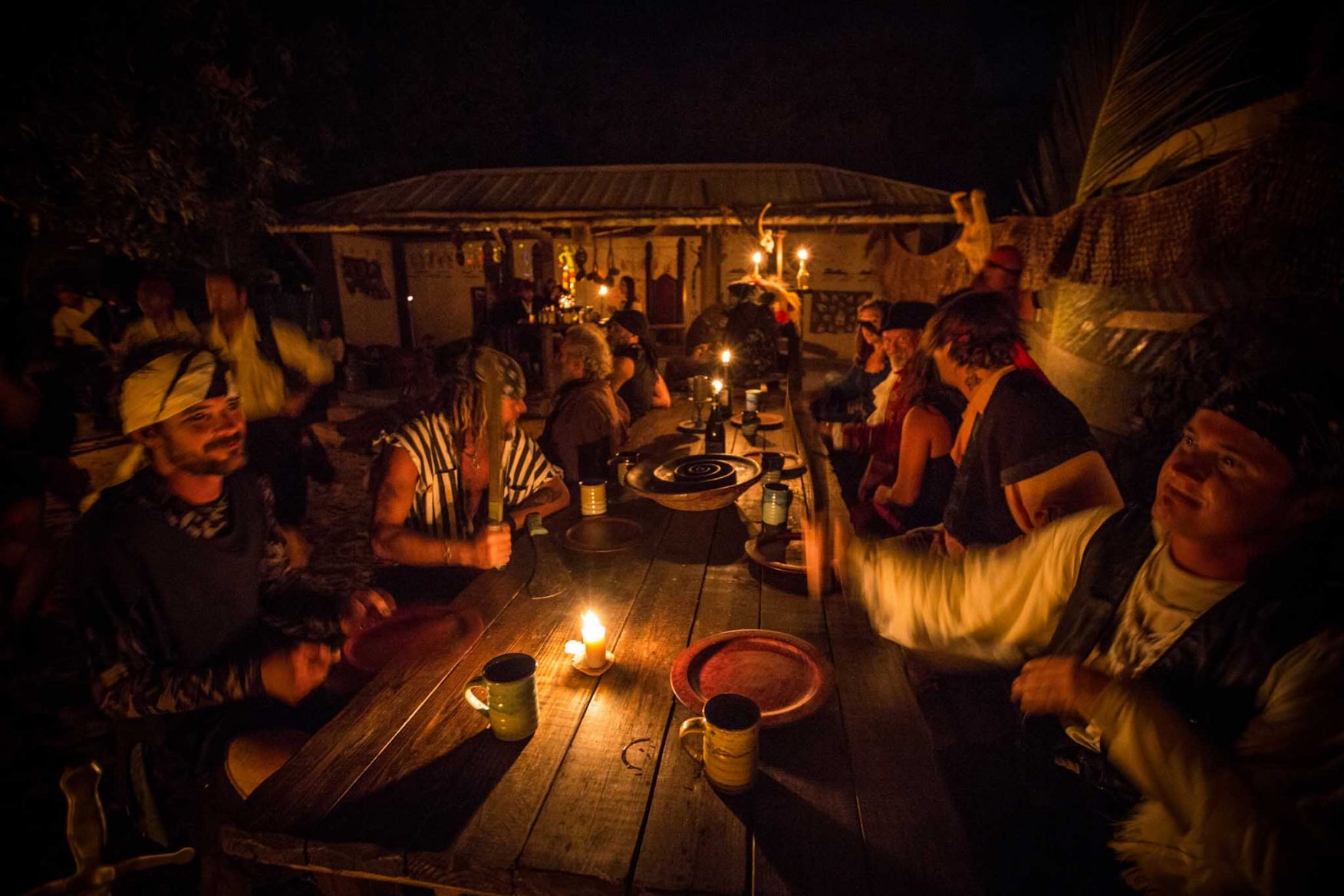 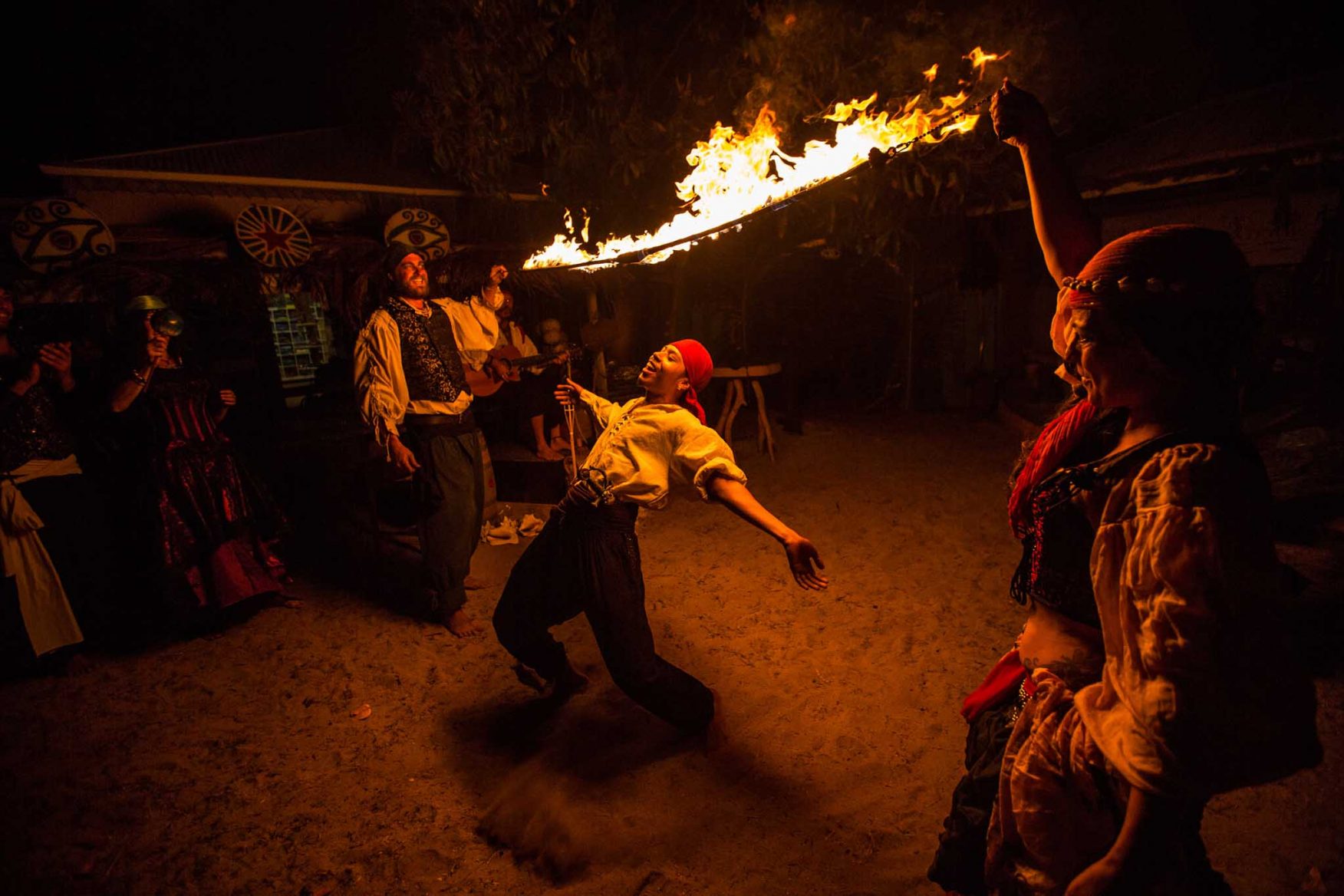 With Blackbeard scarpered, and the treasure won, the friends have helped to save the day. Kicking-back in their villas on the beautiful Port Antonio they watch as Jack and Anne’s ship sails off into the distance.

Spending the next few days bamboo rafting up the Rio Grande, enjoying delicious private lunches in spectacular locations and spending time with some of the most legendary faces in Jamaica… the relaxed vacation was back on track, only a little disturbed by a pirate adventure… all Based On A True Story… Into the Volcano
Explore Through the Mighty Atacama
Explore “On a map of the world, I circled parts I’d al

Tea time in Putao, Burma, — "We were scouting ou

Firing up for the weekend 🔥 @instinct_for_adven